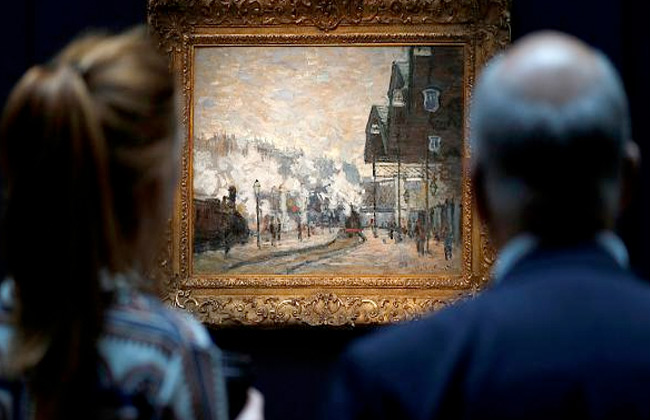 A portrait of one of Picasso’s muses and a prized painting of a Paris train station by Claude Monet go under the hammer in London next week, leading a sale of impressionist and modern art works.

Monet’s “Gare Saint-Lazare, Vue exterieure” is from the artist’s 1877 series of 12 canvases depicting the station, and is estimated in between 22 million pounds and 28 million pounds ($29.19 million - $37.15 million), according to auction house Christie’s.

“(It is) an incredibly rare picture and one of the series of only 12 which is a real trophy hunter’s picture, probably the best Monet to be offered in London in over 20 years,” Keith Gill, head of Christie’s Impressionist and Modern Art evening sale on June 20, said.

“Picasso is very much the artist that a lot of our top clients are looking for at the moment,” Gill said.

German artist Franz Marc’s horses painting, “Drei Pferde”, is seen fetching up to 3.5 million pounds while a bronze sculpture by Auguste Rodin is estimated between 5 million and 7 million pounds. ($1 = 0.7537 pounds)