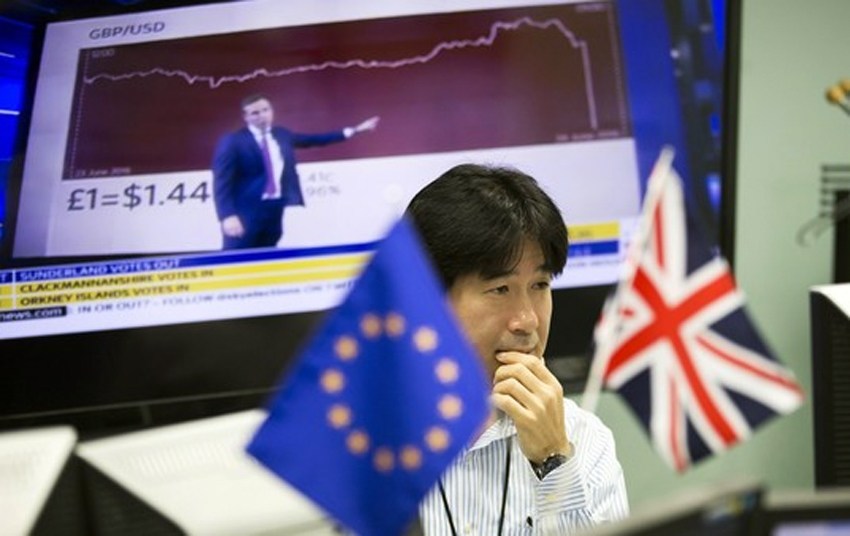 Asian stocks gained on Tuesday as equity investors prepared for an expected U.S. interest rate cut this week while the pound retreated to a 28-month low as heightened concerns about a no-deal Brexit gripped currency markets.
MSCI’s broadest index of Asia-Pacific shares outside Japan gained 0.35%.
The Shanghai Composite Index .SSEC rose 0.7%.
Australian stocks climbed as much as 0.7% to touch a record high, supported by buoyant mining shares and adding to the previous day’s tech-driven gains.
Japan's Nikkei .N225 was up 0.7%, showing little reaction after the Bank of Japan left monetary policy unchanged as expected on Tuesday.
The BOJ added it would ease “without hesitation” if the economy loses momentum for achieving the central bank’s 2% inflation target.
The U.S. Federal Reserve begins a two-day policy meeting later on Tuesday, at which it is widely expected to lower interest rates by 25 basis points. If implemented, it would be the central bank’s first rate cut in a decade.
Prospective monetary easing by the Fed has been a key factor behind the recent bull run by global equities, particularly U.S. stocks, which have notched up record highs over the past month.
“Up until now, many market participants had been on the sidelines while the markets factored in the likelihood of the Fed’s rate cut,” said Kota Hirayama, senior emerging markets economist at SMBC Nikko Securities, regarding gains by Asian stocks.
“But with the Fed decision looming close some participants appear to be shaking off the caution and buying.”
Also drawing some attention were U.S.-China trade negotiations due to begin in Shanghai on Tuesday, although expectations for progress during the two-day meeting are low with the markets hoping the two sides can at least detail commitments for “goodwill” gestures.
In currencies, the pound extended an overnight slump and fell to $1.2164, its lowest level since March 2017.
Sterling has already lost 1.7% this week as investors scrambled to price in the possibility that a last-minute agreement to avert a no-deal Brexit may not be realized under British Prime Minister Boris Johnson, who has said the Brexit divorce was dead.
The British government said on Monday it assumed there would be a no-deal Brexit because a “stubborn” EU was refusing to renegotiate their departure.
“At this point, the ball may be in the EU’s court. Any signs of a compromise may take the pound higher, but expect further extension lower if that is not forthcoming,” wrote strategists at OCBC Bank.
The dollar index .DXY against a basket of six major currencies was a shade higher at 98.106 and not too far from 98.165, a two-month top scaled on Monday on the back of better-than-expected U.S. GDP data.
The yen JPY= was slightly firmer at 108.725 per dollar, with the BOJ's policy decision having little impact.
The euro was unchanged at $1.1143 EUR= after edging up 0.15% the previous day.Crude oil prices added to the previous day’s gains, when stronger-than-expected U.S. GDP strengthened the outlook for oil consumption by the world’s largest economy.
U.S. crude futures were up 0.5% at $57.16 per barrel and Brent crude added 0.4% to $63.99.