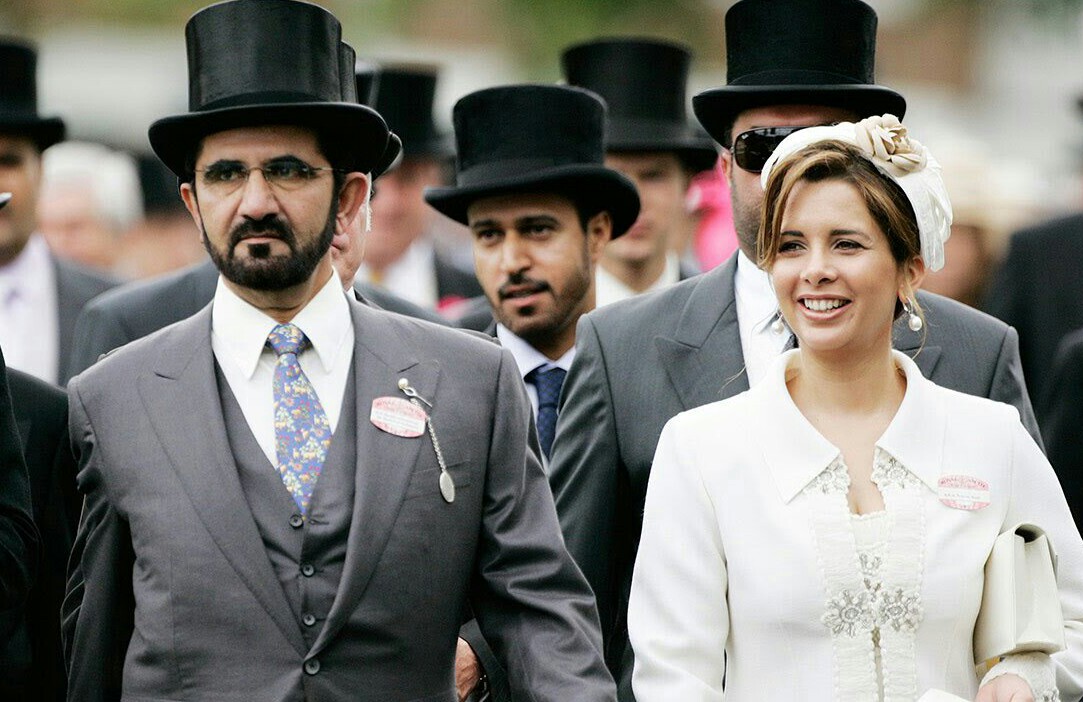 The estranged wife of the ruler of Dubai - one of the most high-profile leaders in the Middle East - has asked for a forced marriage protection order in a UK court.
Sheikh Mohammed Al Maktoum's wife, Princess Haya Bint al-Hussein, is the third female member of his court to apparently try to run away.
This month she was reported to be in hiding in London and is said to be in fear for her life.
The case began in London on Tuesday.
What happened in the High Court?
Princess Haya asked for wardship of her children - with whom she left the United Arab Emirates (UAE) - as well as a forced marriage protection order and a non-molestation order.
The details of the orders sought by the princess are not known.
Sheikh Mohammed meanwhile applied for the return of his children to Dubai, and also applied for the court to impose reporting restrictions on details about the orders - a request the judge rejected.
Sir Andrew McFarlane ruled there was "a public interest in the public understanding, in very broad terms, proceedings that are before the court".
Who is Princess Haya?
The princess, who was born in Jordan and educated at private schools in Britain, is an Olympic equestrian and the half-sister of the current Jordanian ruler, King Abdullah II.
She married Sheikh Mohammed in 2004, becoming his sixth and "junior" wife. The 70-year-old sheikh, who is the billionaire owner of Godolphin horse racing stables, reportedly has 23 children by different wives.
Princess Haya, 45, initially fled to Germany to try to seek asylum there, but it emerged this month that she was living in central London - specifically, in an £85m ($107m) town house in Kensington Palace Gardens.
It's believed that Princess Haya will want to stay in the UK. However, if her husband demands her return to Dubai, this could cause a diplomatic headache for Britain - which has close ties to the United Arab Emirates (UAE).
After she fled, Sheikh Mohammed wrote an angry poem accusing an unnamed woman of betrayal and treachery, and posted it on his Instagram page.
Why is Princess Haya said to have run away?
Sources close to the princess said earlier this month she had recently discovered disturbing facts about the mysterious return to Dubai last year of Sheikha Latifa, one of Sheikh Mohammed's daughters.
Sheikha Latifa had escaped the UAE by sea with the help of a Frenchman, but was intercepted by armed men off the coast of India. She was then returned to Dubai.At the time, Princess Haya defended Dubai's reputation over the incident, claiming that Sheikha Latifa had been "vulnerable to exploitation" and was "now safe in Dubai". Human rights advocates said she was abducted against her will.
Later, however, sources alleged that Princess Haya had become aware of new information related to the case, and as a result came under increasing pressure from her husband's extended family.
In July 2000, another of Sheikh Mohammed's daughters - Sheikha Shamsa Al Maktoum, who was 19 at the time - briefly escaped from the family's Surrey home.
Her method of escaping - by driving their Land Rover to the edge of the estate, abandoning the car and slipping through a fence on foot - made headlines at the time. She was reportedly found in Cambridge a year later and returned to Dubai.