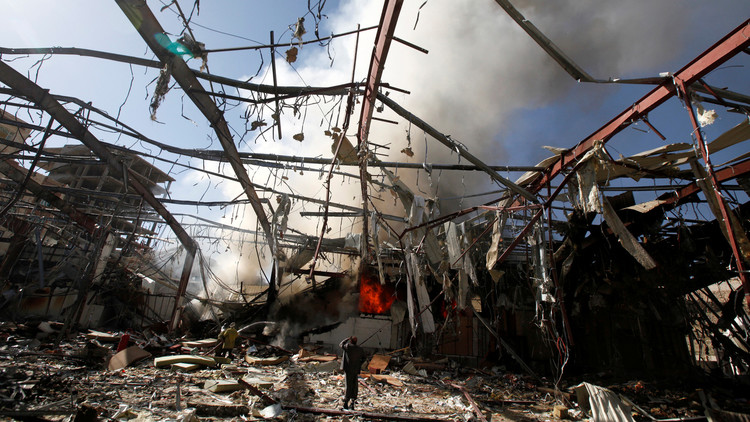 The size of human damage and destruction in the war-torn Yemen is incomprehensible, UN senior official said Tuesday.

The only applicable solution in Yemen is peace, Achim Steiner, UN Development Program administrator, added in a release following his visit to Yemen.

The fighting has left tens of thousands of civilians killed or injured and more than 3 million people displaced, and knocked the country back 20 years in terms of economic and social development, he warned.

Following four years of violence conflict, Yemen today is the worst humanitarian crisis seen by the World, with some 80% of the population depending on a type of humanitarian assistance, said the UNDP chief.

Steiner has visited Aden, Sana'a and Hodeida where he met with local authorities,civil officials and UN workers, according to the release.

The visit aimed at addressing how development initiatives, along with human aid inventions, may contribute to enhancing the peace chances.

The trip also discussed how the UNDP and international partners can work with all Yemenis to lay the basis for a future providing tangible alternatives for war and chaos, the release read.

We've, with our national and international partners, successfully provided 8 million working days and secured the return of more than 3 million people to Yemen's basic services like healthcare, education and economic activity, said the UNDP official.

At his meetings with leaders in Yemen, Steiner has discussed how the UN can expand its operation and push towards advance in realizing the Stockholm Agreement, and how the UNDP can provide technical expertise to help stabilize local economy.