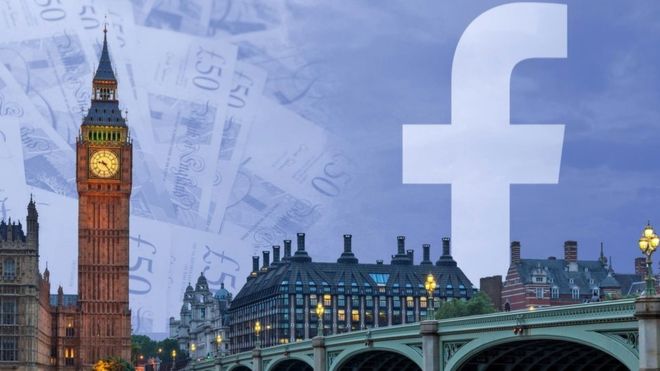 British MPs are taking Facebook to task over evidence appearing to contradict testimony the US tech company gave about the Cambridge Analytica scandal.

Facebook bosses told MPs they had learned users' data had been misused via a December 2015 Guardian report.

But a US watchdog has now said Facebook workers flagged the problem three months earlier.

MPs want answers by mid-August. The social network has said it will respond "in due course".

Last week, the Securities and Exchange Commission fined Facebook $100m (£82.6m) for misleading disclosures about the handling of user data.

According to the regulator's document, Facebook's advertising team had described Cambridge Analytica as a "sketchy (to say the least) data modelling company that has penetrated our market deeply".

It said the employees had asked their bosses in September 2015 to investigate "possible scraping... of Facebook user data" by the consultancy.

Now, MPs want the company to explain why senior Facebook executives insisted to MPs they had not heard about Cambridge Analytica's suspected misuse of data until December 2015.

That was when a Guardian newspaper article revealed the company had been working for US senator Ted Cruz, using data harvested from millions of Facebook accounts.

The MPs also want to know why no action was taken until 2018.

Damian Collins, who chairs the Digital, Culture, Media and Sports Committee, has written to Facebook demanding an explanation as to how the "discrepancies in evidence occurred".

"We request a response on whether the SEC complaint is accurate that employees did raise concerns about Cambridge Analytica before December 2015," his letter says.

"We also ask for clarity regarding the timeline of Facebook employees' awareness of both Cambridge Analytica and GSR [Global Science Research]'s activity and data misuse," reads the letter to Facebook's vice-president of global affairs, Nick Clegg.

Mr Collins hashtagged The Great Hack in a tweet about his intervention.