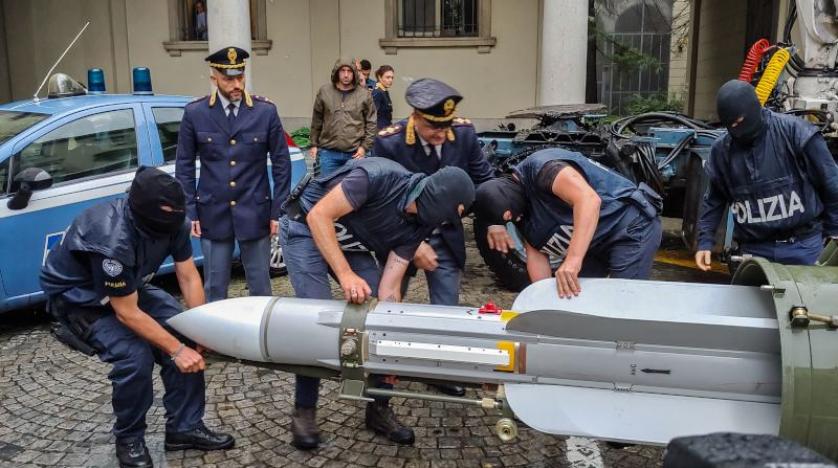 Arms factory in Italy will stop exporting to Saudi Arabia and the United Arab Emirates bombs used in the Yemeni war for 18 months Italian media reported.

RWM Italia, a subsidiary of German defence company Rheinmetall, produces bombs whose fragments have been found on airstrike targets in Yemen.

“We welcome a decision that should have been taken a long time ago, as we had urged,’’ the Italian Civil Society Coordination Group said in a statement.

The group includes the Italian chapters of the Amnesty International, Oxfam and Save the Children charities, as well as Italian disarmament campaigners.

According to media news, RWM Italia is complying with an Italian government decision to suspend export licences for aircraft bombs and components to Saudi Arabia and the United Arab Emirates.

The media quoted from a letter RWM Italia sent to its employees on Tuesday indicating that the suspension was with immediate effect and will last up to 18 months.

RWM Italia deflected questions about the report to its parent company, and a Rheinmetall spokesman was not immediately available for comment.

On June 26, the Italian House of Representatives approved a bill that would stop arms sales to Saudi Arabia and the UAE for fear of using them in "practices that violate international humanitarian law in Yemen."