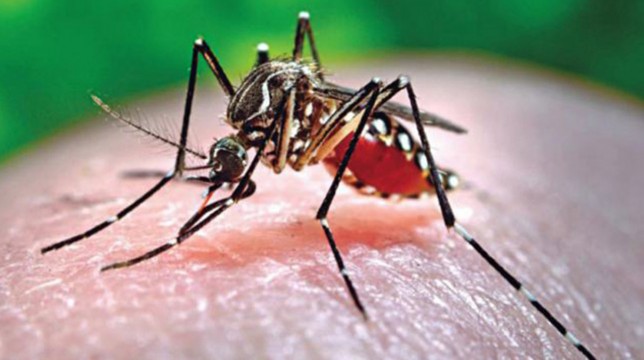 A national dengue epidemic has been declared in the Philippines, where 622 people have died of the mosquito-borne disease since January and millions more are at risk.

From the start of the year to July 20, there have been more than 146,000 cases recorded -- a 98% increase from the same time period last year, according to the country's Department of Health.

Dengue causes flu-like symptoms, including piercing headaches, muscle and joint pains, fever and full body rashes. Of the millions of people infected every year worldwide, an estimated 500,000 develop severe symptoms requiring hospitalization, and of those some 12,500 people die, according to the World Health Organization (WHO).

The Philippines had declared a national dengue alert just last month after reporting more than 450 deaths -- but officials had said the dengue was "localized," according to CNN affiliate CNN Philippines.

With almost two hundred additional deaths in the past month, the crisis has now escalated to a national epidemic.

The epidemic was declared in order to enable government agencies to better identify at risk areas, said a health ministry statement.

"It is important that a national epidemic be declared in these areas to identify where a localized response is needed, and to enable the local government units to use their Quick Response Fund to address the epidemic situation," said Health Secretary Francisco Duque in the statement.

Epidemics have been declared in seven out of the country's 17 regions: Calabarzon, Mimaropa, Bicol, Western Visayas, Eastern Visayas, Zamboanga Peninsula, and Northern Mindanao. Together, these regions are home to more than 40 million people, about 40% of the Philippines population.

Several other regions like Central Visayas and Ilocos are at high risk with thousands of cases reported, though not yet past the epidemic threshold.

"As part of our data, is 5,100 cases per week average," said Duque at a press conference about the epidemic on Wednesday. "This is really staggering. This is going to be a record number."

Since July, health officials have worked to combat the spread of the viral infection. They deployed hundreds of doctors and nurses to provincial and district hospitals, and provided emergency funding to affected regions, among other measures, according to the Department of Health.

The Philippines became the first country in Asia to approve the use of the Dengvaxia vaccine, the world's first and only licensed dengue vaccine made by French pharmaceutical firm Sanofi Pateur, in 2016.

The drug was distributed to more than 800,000 students as part of school-based government immunization program, but was suspended in 2017 after clinical trial data showed that it could have unintended consequences in non-infected patients.

Despite the epidemic, the government has no immediate plans to reintroduce the vaccine to the public, Mark Timbal, spokesperson for the National Disaster Risk Reduction and Management Council told CNN Wednesday.

Timbal said the adverse effects of Dengvaxia were still being investigated by the government and in the meantime, efforts would focus on the removal or destruction of mosquito breeding sites, in collaboration with schools, communities, and local governments.

Dengue cases in the Philippines have historically surged every three to four years, and the sharp increase this year is in line with expectations after a 2016 spike, Duque said last month. These spikes aren't isolated to just the Philippines, either -- last week, more than 1,000 people in Bangladesh were diagnosed with dengue in a 24-hour period, and hospitals are now overflowing with patients.