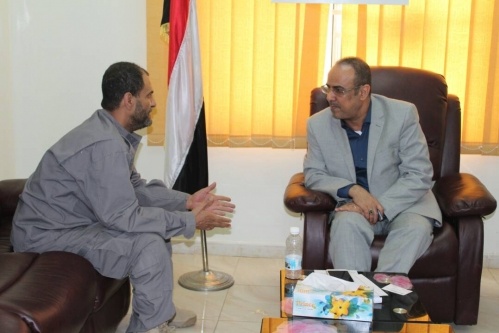 The Yemeni interior minister sacked on Wednesday three chiefs of security units for their participation in the "coup against legitimacy" in the southern port city of Aden.

Under the decrees, the three men would be referred to investigation over direct participation in fighting the official forces and helping the separatist Southern Transitional Council (STC) take full control of Aden, Lahj and Dhalea.

Maysari, who had been escorted by Saudi troops to Riyadh after the STC seizure of Aden, also issued three other decrees appointing Nassir Mohamed al-Shawhati as Aden police director, Hassan Mohamed Shokri as Lahj police director, and Suleiman Nassir al-Zamiki as commander of special forces in Aden, Lahj, Abyan and Dhalea.

But to get into effect, the IM decrees need the STC forces to leave Aden first.

The 4-day fighting over Aden seizure left 40 people killed and 260 others injured, according to UN release, as the Yemeni President Abd Rabbu Mansour Hadi and his government officially accused the United Arab Emirates of standing behind "another coup" against legitimacy.