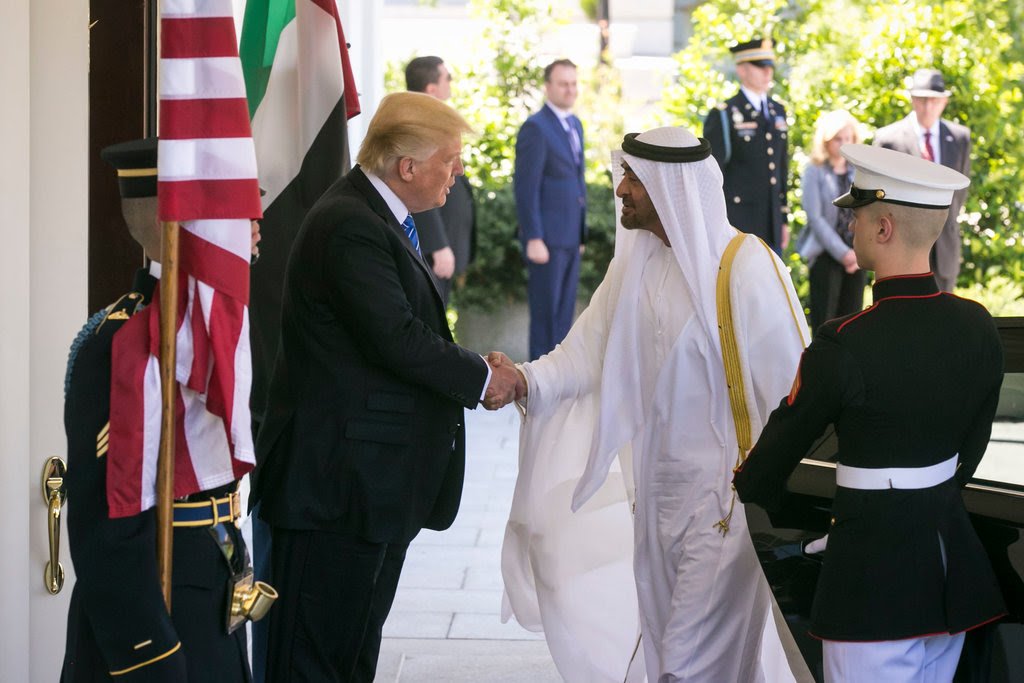 Israel and the United Arab Emirates (UAE) have held secret talks that were arranged by Washington in recent months to fight against what they perceive as the growing threat posed by Iran, media reported, citing US officials familiar with the matter.

The meetings between the long-time adversaries were convened by US Special Representative for Iran Brian Hook, The New York Times reported.

"The United States is participating in secret talks between the United Arab Emirates and Israel to confront threats posed by Iran, a shared adversary among the three countries.", said the US news paper.

The newspaper cited a foreign official with knowledge of the diplomacy said on Thursday:"The talks aim to broaden cooperation for military and intelligence sharing between the United Arab Emirates and Israel, two cautiously allied Middle Eastern nations".

But including the United States in a new phase of security talks could signal the United Arab Emirates’ intent to demonstrate their commitment to the Trump administration’s so-called maximum pressure campaign against Iran — even as Emirati officials have stepped back from some of their own hard-line policies targeting Tehran.

learned that the first meeting took place this spring, while the second one was held "more recently.

The news paper stressed that the three-sided talks, which were first reported by The Wall Street Journal, grew out of a February conference in Warsaw that was billed as a Middle East security forum but was used by the Trump administration to push its campaign against Iran. Since then, the three allies have met twice.

" The foreign official confirmed the talks were being coordinated by Brian H. Hook, the senior State Department envoy on Iran issues. The official spoke on the condition of anonymity to confirm the secret discussions.", it reported.

The news paper confirms that neither the State Department nor the Israeli Embassy in Washington responded to requests for comment, and Emirati officials refused to discuss the issue.

According the New York Times, Emirati officials are trying to “strike a very careful balancing act,” said Ilan Goldenberg, the director of the Middle East Security Program at the Center for a New American Security.

“They want to signal to the Trump administration and members of Congress — especially Republicans — that they aren’t walking away from the administration’s policies and the maximum pressure campaign against Iran,” he said.

The Trump administration’s campaign against Iran has been met with mixed success since the United States withdrew in May 2018 from a nuclear accord between Tehran and world powers.

United States sanctions have stopped Iran from exporting oil and other goods to foreign buyers, starving its economy. But the economic constraints have also irritated American allies and other nations that had sought to open markets in Iran.

On Thursday, in a sign of the diplomatic strain, the authorities in Gibraltar released an Iranian oil tanker that the United States had sought to seize. Gibraltar is a semiautonomous British territory.

The United Arab Emirates and other Arab states are generally careful to avoid appearing too close to Israel, given longstanding disputes over the rights of Palestinians and access to the Al Aqsa Mosque in Jerusalem, one of the holiest sites in Islam.

Mr. Goldenberg said it was surprising that Emirati officials would agree to allow the United States into the longstanding and secretive talks with Israel.

“It is a sign they are willing to lean further forward, that they are not as worried about secrecy as they were,” said Mr. Goldenberg, who worked on regional security issues at the State Department and Pentagon during the Obama administration.

The news comes amid a worrying escalation in the Gulf over a standoff between the United States and Iran more than a year after Washington pulled out of a landmark nuclear deal with Tehran and reinstated wide-ranging sanctions targeting key sectors of the Iranian economy.

The situation in the region has been further exacerbated by a series of tanker attacks, including a May incident in the Gulf of Oman, involving four commercial ships.