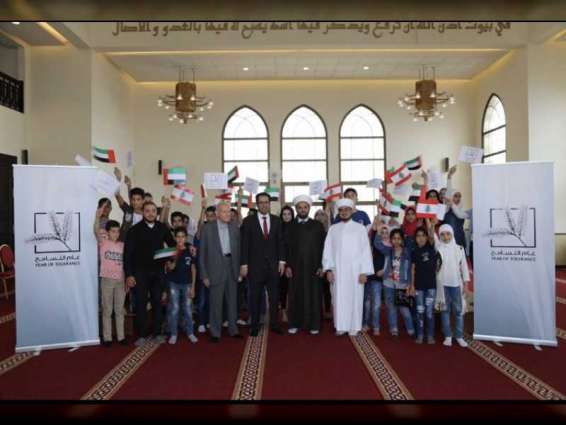 The UAE Embassy in Beirut organised a panel discussion and workshop, entitled, "Pardon when you are powerful", targeting 50 students at the Al Othman Mosque, attended by Fahad Al Kaabi, Acting Charge D'Affaires at the UAE Embassy in Lebanon, and a representative of the Grand Mufti of Lebanon, Sheikh Abdulatif Daryan.

The students participated with the Emirati delegation in the workshop, addressing the importance of strengthening the values of tolerance, coexistence and respect, and the "Human Fraternity Document" that embodies the values of religious tolerance and human peace.

Al Kaabi stressed that the Document, which signed in Abu Dhabi last February, is aimed at developing the ideas and awareness of the youth about accurate knowledge, and pointed out that it reinforces basic concepts, such as citizenship, justice, freedom and fraternity, as well as the rights of women and children, senior citizens, people of determination and orphans.

He highlighted that the UAE was established on the grounds of tolerance, thanks to the wise vision of the late Sheikh Zayed bin Sultan Al Nahyan.

He added that the UAE's wise leadership is continuing the approach of building and cooperation with other cultures and civilisations, thanks to the policies and laws aimed at reinforcing the foundations of fraternity and human coexistence in the Arab region and the entire world.