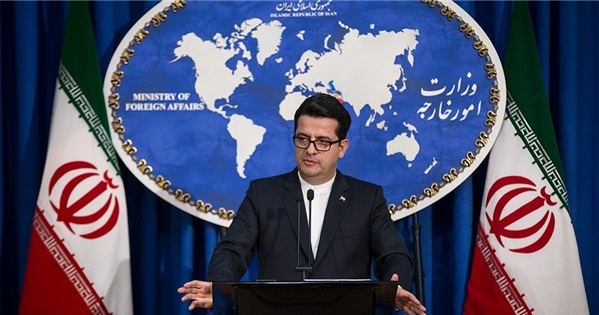 Iranian Foreign Ministry spokesman Abbas Mousavi announced on Monday, that the tripartite meeting, which brought together representatives from his ministry, the delegation of the Houthi group (Ansar Allah) and ambassadors of four European countries in Tehran last Saturday, reached good agreements.

In a statement on Wednesday, Foreign Ministry Spokesman Abbas Mousavi commented on the latest developments in south of Yemen, saying, “The coalition of Saudi and Emirati invaders and their mercenaries, who have been unable to shatter the willpower of (Yemeni) people despite using various advanced weapons, massacre, and wreaking widespread destruction (on the country) over the past five years and who have failed in the face of the fortitude and resistance of people across Yemen, are now seeking to partition Yemen with a suspicious plot.”

“The Islamic Republic of Iran always supports a ‘united Yemen’ and deems protecting its integrity a common responsibility of all Yemeni people,” Mousavi added.

The Iranian spokesperson also expressed hope that a halt to the aggression against Yemen by the Saudi-Emirati coalition would enable different Yemeni parties and groups to achieve results in the Yemeni-Yemeni talks, overcome the problems, and form an inclusive government in the country.

His comments came against a backdrop of growing tensions in southern parts of Yemen, where fighters backed by the UAE and forces loyal to Saudi Arabia have turned on each other in Aden.

In remarks on Tuesday, Leader of the Islamic Revolution Ayatollah Seyed Ali Khamenei called for efforts to foil a plot hatched by Saudi Arabia and the United Arab Emirates (UAE) to partition Yemen.