UN-Saudi accord on continual dialogue about Yemen south 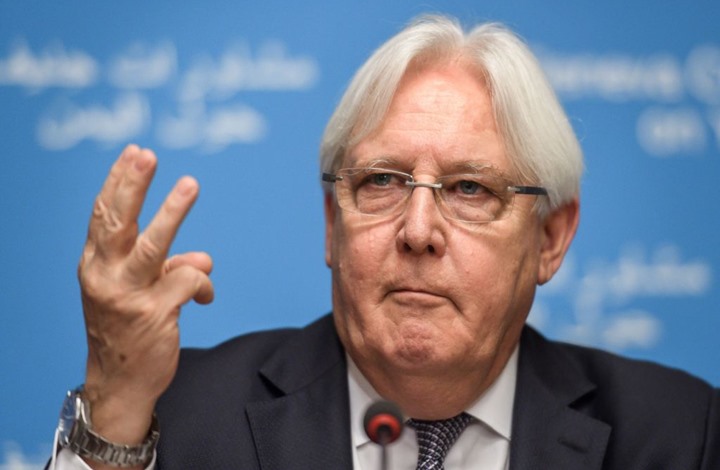 Monday meeting with Prince Khaled was positive and fruitful, with the Saudi defense undersecretary leading successful efforts to restore stability in the south of Yemen, Griffiths added on Twitter.

The UN envoy is expected late Tuesday to brief the UN Security Council on recent developments in Yemen.

On same day, the Saudi-led coalition called on the STC to pull back its forces from positions its forces seized last Saturday, and threatened to "use military force."

On Monday, Yemeni sources said talks expected in Riyadh between the Yemeni government and the STC had been postponed, with the STC refusing to quit Aden port.

Developments in the south have further worsen the UN stalled efforts to craft a solution for Yemen's 4-year bloody conflict between the internationally-recognized Yemeni government's forces, backed by the Saudi-led coalition, and the Iranian-backed Houthi rebels who ousted the government in 2014.