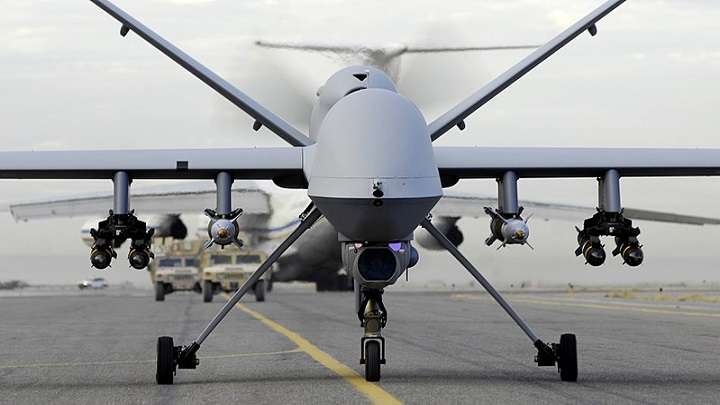 The houthi group (Ansar Allah) said on Tuesday evening that its air defenses of shot down a US spy aircraft, MQ9, in Dhamar province, east Sana'a.

Houthi forces spokesman Brigadier General Yahya Saree said in a statement: "The air defenses were able to shoot down an American MQ9 aircraft with a suitable missile over Dhamar province, and hit his target with high accuracy."

"The missile that downed the MQ-9 drone is locally developed and will be revealed soon in a press conference." Saree added.

The US Central Command said in a statemen "We are aware of reports that say an US MQ-9 was shot down over Yemen,".

The Houthi Brigadier General Yahya Saree said that US-Saudi forces have to be careful when they enter Yemeni Airspaces and that the coming days will witness a big surprises.

The US military said last June that the Houthis shot down a US drone with the help of Iran.

The conflict has resulted in the world's worst humanitarian crisis, according to the UN.