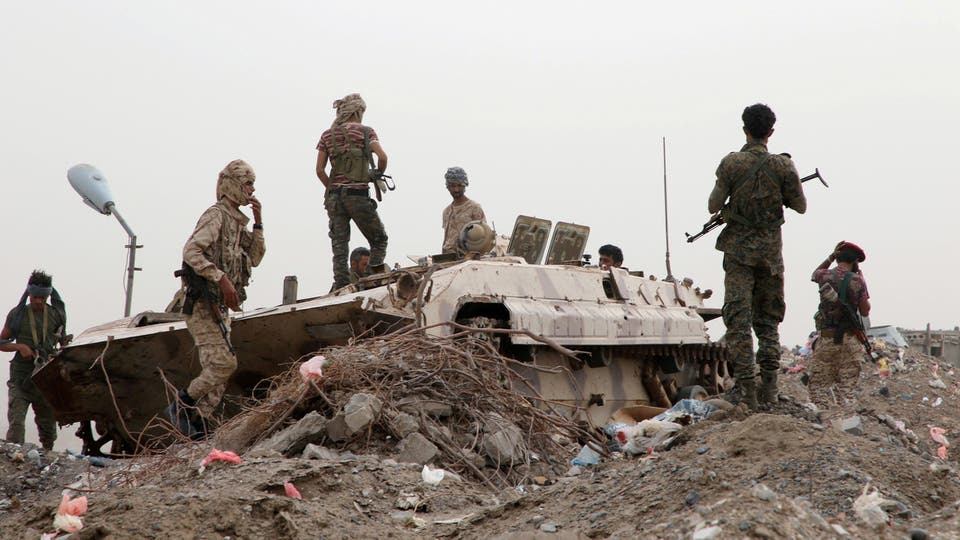 At dawn Friday, stopped the clashes erupted in Ataq of Shabwa governorate in south-central Yemen between the UAE-backed Southern Transitional Council (STC) and internationally recognized government forces who accused the leadership of the UAE forces in Balhaf of

flaring up the military situation and attempting to storm the city of Ataq, while the STC called for an investigation to determine the cause of the bombing.

Local media cited Shabwah provincial security director Brigadier Awad al-Dahboul as saying that "the army and security forces have extended their control over the city of Ataq."

The Yemeni "legitimate" government has accused the United Arab Emirates (UAE) of flaring up the military situation in Shabwah, country's southern province.

For his part, the Vice-President of the STC, Hani Bin Borik on Friday, announced

the cessation of the clashes in Shabwa. He called on the coalition to send a fact-finding committee and find out who caused the bombing.

In a series of tweets on Twitter, Ibn Borik said:"The respect of the Shabwani elite of the Saudi-led coalition, the total commitment to the truce and the consideration of solutions with the coalition made the Shabwani elite stop in Shabwa and only the discipline that happened."

Ibn Borik threatened the government forces loyal to the Islah party to resume fighting "in the event of repeated aggression and mobilization by the terrorist Islah party we will not stand by watching the commitment we made to our people and the whole south will be given to Shabwa."

Ibn Borik added: "While the delegation of the STC headed by Aidroos al-Zubaidi is in Saudi Arabia at the kind invitation, those who do not want to visit make up for success harassment of the Shabwani elite points to find themselves obliged to defend themselves. "

Local sources said the clashes erupted at the entrance to Ataq after the failure of tribal and Saudi mediation to defuse the crisis between the two sides with the aim of controlling the city.

A Saudi military committee arrived in the southern city of Shabwa on Thursday to try to stop the escalation of differences.

Local sources said the committee left for Balhaf, where the UAE forces are based, after meeting in Shabwa.

The sources added that Saudi Arabia promised at the meeting it will report on the situation in Shabwa to the Saudi leadership.

Local authorities in Shabwa and the UAE-backed Southern Transitional Council (STC) have reached a deal to have the 21th mechanized brigade and special forces out of the southern governorate's provincial capital of Ataq, local and military sources said Thursday.

But the agreement was not implemented as a result of the reluctance of government forces and the continued "Shabwani elite" to strengthen its forces with a large number of fighters and vehicles near the entrances to the city.

The oil-gas-rich governorate of Shabwa hosts the Yemeni NLG Company's project, the largest industrial Total-led project in the country, on the Arabian Sea.

According to media reports, 80 percent of Yemeni oil fields are located in the southern governorates of Hadhramout and Shabwa.

Shabwani elite's peaceful security control over Ataq comes as part of the STC's continual efforts to seize all the south of Yemen.

The UAE is a key player in a Saudi-led coalition that intervened militarily in the country in March 2015 to defeat Houthis and reinstate the internationally recognized Yemeni government of President Hadi.

The UAE formed, trained and equipped SEF forces and many Yemeni military and security divisions in Shabwa,called Shabwani elie, Aden and other southern governorates to fight Houthis but also al-Qaeda that exploited civil war to expand its influence in the south, although the gulf state claims the group was forced out.