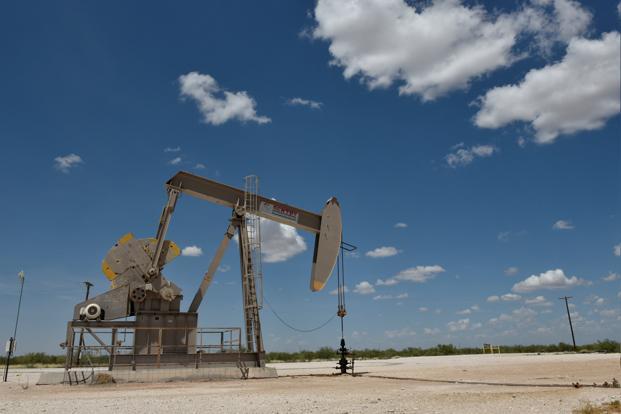 Oil prices fell stridently on Friday after China unveiled retaliatory tariffs against about $75 billion worth of US goods, marking the latest escalation of a protracted trade dispute between the world’s two largest economies.

“Policymakers and investors remain cognizant of the economic headwinds that are gathering force, given that the US-China trade conflict threatens to drag on for longer,” said FXTM market analyst Han Tan.

Eyes were also on a speech by US Federal Reserve chief Jerome Powell at a meeting of global central bankers at Jackson Hole, Wyoming, for news on whether it will cut interest rates for a second time this year to boost the US economy.

Meanwhile, St. Louis Federal Reserve Bank President James Bullard said policymakers will have a “robust debate” about cutting U.S. interest rates by half a percentage point at their next policy meeting in September.

Exacerbating concern over the possibility of recession, US manufacturing industries registered their first month of contraction in almost a decade.

“Some have blamed the hesitant tone (for oil prices) on an end-of-summer lull. Yet, in truth, the sense of unease stems from ongoing worries about the global economy,” said Stephen Brennock of oil broker PVM.

However, oil production cuts from OPEC members and Russia, as well as reduced exports from Iran and Venezuela because of US sanctions, have offered some price support.

Harry Tchilinguirian, of BNP Paribas, said the market had some bearish data, with a rise in Saudi Arabian oil exports while Russia’s crude output moved above its quota under an OPEC+ agreement and Russian state oil major Rosneft (ROSN.MM) helped to ship Venezuelan oil to China and India.

OPEC, Russia and other producers have, since Jan. 1, implemented a deal to cut output by 1.2 million barrels per day. The alliance, known as OPEC+, renewed the pact in July, extending the curbs to March 2020 to avoid a build-up of inventories that could hit prices.

Iran has said it will scale back compliance with the pact unless the Europeans find a solution enabling Tehran to sell its oil despite US sanctions.