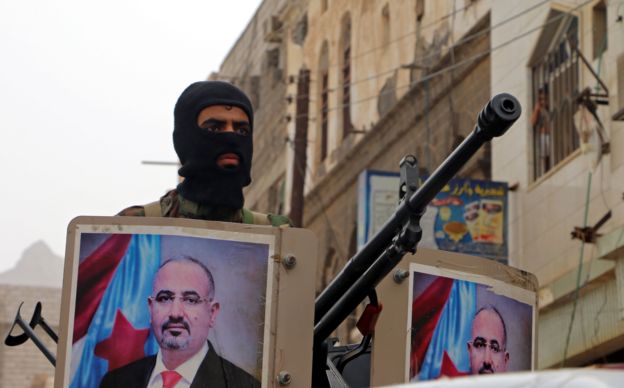 A Yemeni diplomat said on Friday that UAE's risk exceeded that of Iran at his country.

Yemen's internationally-recognized ambassador to Jordan, Ali Al-Amrani, said in two tweets on Twitter: "No one expected this even in the worst nightmares.", pointed to that all Yemenis realize that even those whom the UAE has tied to their personal interests to buy their silence or loyalty.

"We are deeply sorry when we talk about siblings, but it is the truth of infertility.", he added.

Amrani asked: "Can the UAE revise its agenda in Yemen quickly and urgently, for its own benefit and for the benefit of Yemen and the Arab coalition?",

“This is what we had hoped for and talked about before, but unfortunately it seems to have preceded the sword,” he said.

flaring up the military situation and attempting to storm the city of Ataq.

Saudi Arabia along with the UAE has been leading a military coalition in Yemen since 26 March 2015, in support of forces loyal to President Hadi to retake areas controlled by Houthi (Ansar Allah) group seen as proxy for Iran in the Arab Peninsula country.

STC militarily controls large swathes of Aden, and it led in January 2018 a failed coup against the Yemeni legitimate government.