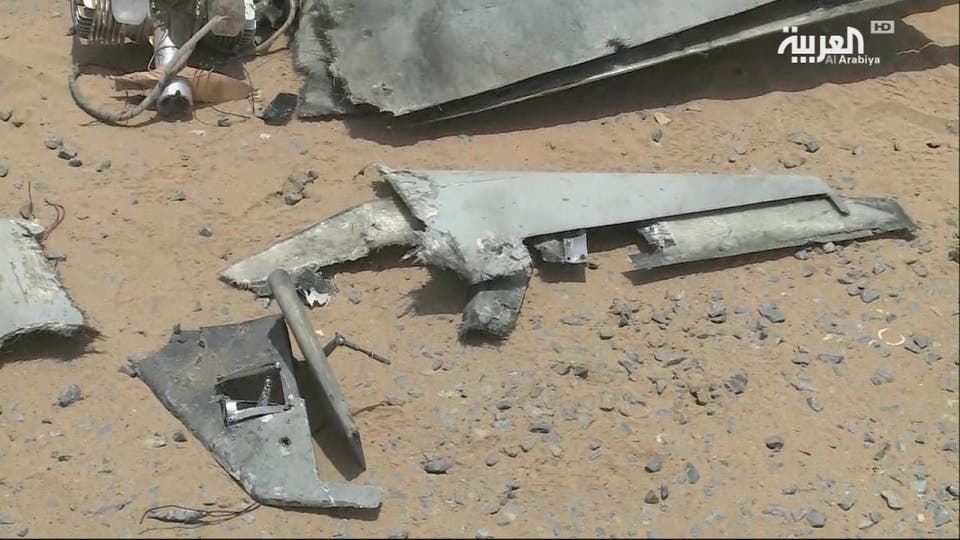 The Houthi group (Ansar Allah) announced on Sunday that its drone launched attacks Abha International Airport and King Khalid Air Base southwest of Saudi Arabia, as the Saudi-led Arab coalition said  that it shot down a drone fired by the Houthis from Sana`a towards Khamis Mushait.

He added that a number of Qasif-2K drones resumed targeting the control tower at King Khalid Air Base in Khamis Mushait and sustain direct wounds.

The Houthi military spokesman threatened the Saudi regime to continue its operations as long as the military operations of the Riyadh-led coalition continue in Yemen.

For his part, spokesman for the Arab coalition forces to support legitimacy in Yemen, "Col. Turki al-Maliki said that the coalition forces were able to intercept and shoot down a drone launches by the Houthis from Sana`a towards civilian targets in Khamis Mushait.

Al-Maliki said in a statement published by the Saudi Press Agency (SPA) that what he called as "repeated terrorist attempts reflect the state of despair of the terrorist militia and confirms the criminality of Iran's agents in the region and those behind it. The Continued adoption of false successes through its misleading media confirms the extent of the losses it receives and the popular discontent towards it. "

He stressed "the continued leadership of the joint forces of the coalition to implement deterrent measures against this terrorist militia to neutralize and destroy these capabilities and strictly, and in accordance with international humanitarian law and customary rules,".

he Houthi group (Ansar Allah) announced on Saturday that the group's air force launches a large-scale attack with a number of Qasif-2k on warplanes locations and takeoff and landing runways at King Khalid Air Base.

Saudi Arabia has been leading a military coalition in Yemen since 26 March 2015, in support of forces loyal to President Hadi to retake areas controlled by Houthi group (Ansar Allah) .