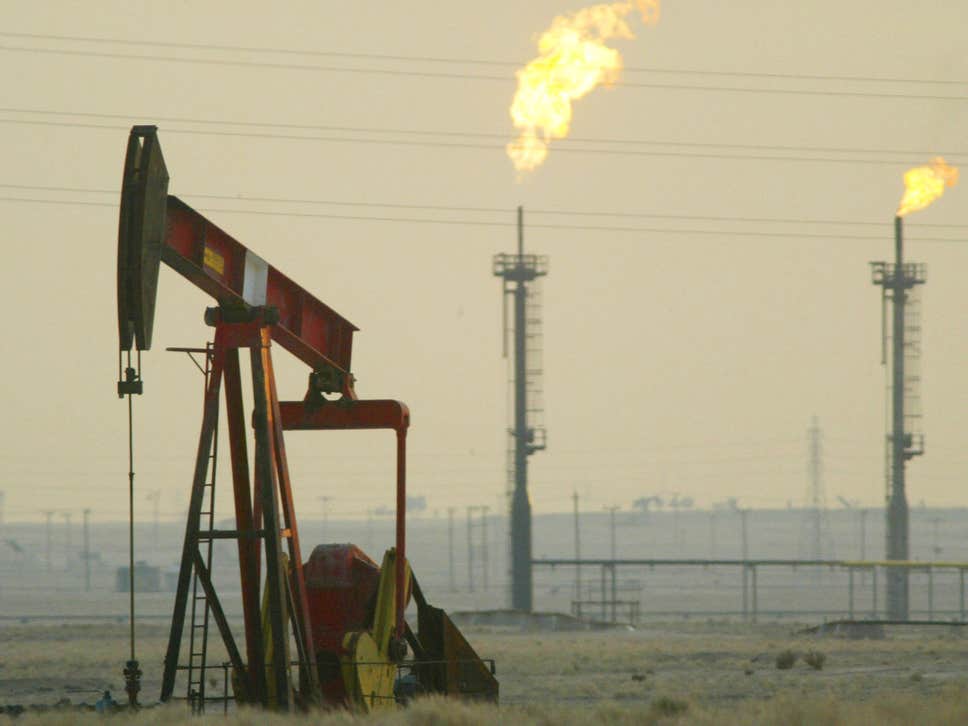 Oil prices fell on Monday, pushing US crude to the lowest in more than two weeks, as an intensifying trade war between the US and China undermined confidence in global economic growth.

Concerns about an economic slowdown are being fanned by a ratcheting up of trade tensions between the United States and China.

The latest round of tariffs “will bring yet another dent to global growth,” Morgan Stanley said in a note. “We view risks of further escalation as meaningful.”

China’s commerce ministry said late last week it would impose additional tariffs of 5% or 10% on a total of 5,078 products originating from the United States, including crude oil, agricultural products such as soybeans, and small aircraft.

In retaliation, President Donald Trump said he was ordering US companies to look at ways to close operations in China and make products in the United States.

“The only thing that will lift the storm clouds over oil markets this week will be if both China and the US talk and decide to mutually take a step back,” said Jeffrey Halley, market analyst at Oanda. “I can’t see that happening.”

U.S. Federal Reserve chair Jerome Powell told an annual economic symposium in Jackson Hole, Wyoming that the U.S. economy is in a “favorable place” and the Federal Reserve will “act as appropriate” to keep the current economic expansion on track.”

The remarks gave few clues about whether the central bank will cut interest rates at its next meeting.

But exacerbating concern over the possibility of recession, US manufacturing industries registered their first month of contraction in almost a decade.

The Brent/WTI spread was at minus $5.24, after widening 60 cents to settle at minus $5.17 on Friday. The spread blew out after China included US oil for the first time in its tariff moves.

Hedge funds and other money managers raised their bullish wagers on US crude to a three-month high in the latest week, the US Commodity Futures Trading Commission (CFTC) said.

US energy companies cut the most oil rigs in about four months last week, with the rig count falling to the lowest since January 2018, as producers cut spending on new drilling and completions.