Both countries denounce distortion campaigns targeting the UAE, stressing continuation of their efforts in Yemen 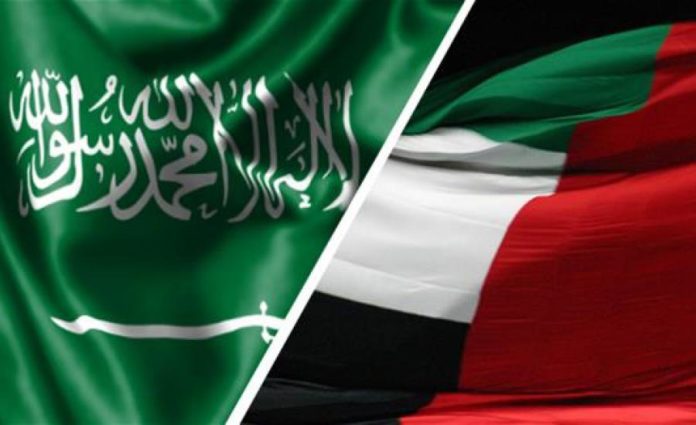 A joint Saudi-Emirati committee is set to begin Monday to stabilize the ceasefire in Shabwa and Abyan governorates and complete procedures in Aden, southern Yemen.

The spokesman of the Arab coalition forces in support of legitimacy in Yemen, Colonel Turki al-Maliki, said that "the leadership of the joint forces of the coalition formed a joint committee (Saudi-UAE) begin Monday to work to address the events and stabilize the ceasefire in Shabwa, Abyan, and complete all efforts and procedures in Aden Governorate ".

In a statement published by the official Saudi Press Agency (SPA), al-Maliki stressed the need for the commitment of all parties in Shabwa province to continue the ceasefire and maintain the calm.

And not to allow those who are trapped in Yemen and its people, such as the Iranian-backed Houthi terrorist militia and other terrorist organizations who have fueled sedition and are trying to sow chaos. "

In a joint statement run early on Monday, the governments of Saudi Arabia and the UAE urged all parties to cooperate with the joint committee to achieve disengagement and redeployment of troops as part of the coalition's military efforts.

The statement, issued by the foreign ministries of both countries, called for quick engagement in the dialogue that Saudi Arabia called to address the causes and repercussions of the events in some southern provinces.

Both countries denounce distortion campaigns targeting the UAE, stressing continuation of their efforts in Yemen

It also stressed that both countries would continue their political, military, humanitarian and development work as part of the coalition efforts to preserve the interests of the Yemeni people and deter the Iran-aligned Houthi militia.

"Both countries reaffirm their keenness to preserve the Yemeni state and the interests, security, stability, independence and territorial integrity of the Yemeni people under the leadership of the legitimate president of Yemen, and to counter the coup of the Iranian-backed Houthi terrorist militia and other terrorist organizations," the statement said.