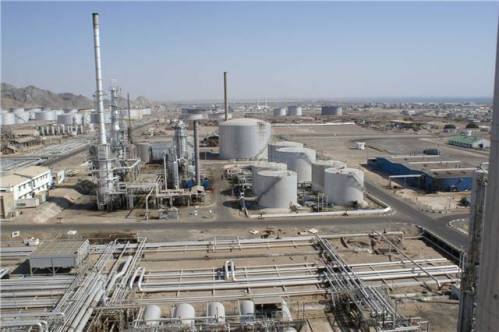 The decree is applied to all shipments that already applied for or completed their documentation after August 8 at all Yemeni ports, the Commission added in reply to accusations of delaying procedures for oil importation.

Procedures and controls applied to regulate the oil trade consider the date of application, but not arrival of the shipment, to ensure compliance with different banking and technical conditions, said the EC in a Facebook release.

"Application of this decree comes as part of the government efforts to improve the humanitarian condition and pay salaries for all civil servants across Yemen," it claimed.

On 27 June, Yemen's official government decided to have the importation of oil derivatives in all governorates restricted to AR company.

Applicable regulations provide for integral work, with the AR tasked with refining the crude and importing the derivatives, and the Yemeni Petroleum Company(YPC) with distributing and marketing oil derivatives locally.

"All suppliers including the YPC should buy from AR company all their required oil derivatives, in Yemeni rial and not foreign currency," the Aden-based Saba quoted the government as saying at its meeting then.

The decree aims at "maintaining the national economy, stabilizing the national currency, limiting the black market and ensuring oil shortages will not reoccur" across Yemen, it added.

The decree will be valid starting from its issuance date, the government said, so suppliers will be allowed to import tankers that were shipped before the decree date.

Last April, the government-run higher EC issued a decision banning the importation of any oil shipment not approved by the Aden-based Central Bank of Yemen, warning that such shipments would be denied access by coalition.

In March last year, Hadi decreed to liberalize the oil derivatives market, to allow for imports by private firms and to give way for competition in the market.

After their takeover of Sana'a in September 2014, Houthi expelled the Yemeni businessman Ahmed al-Eisei,in a move to "clean thecapital," which has been ranked 175 in global corruption scale, from corrupts.

The rebel step has given way for new traders to deliver oil in areas under their control.

But Eisei, also the economic adviser for President Hadi's office, has shifted his influence to Aden, supposedly the seat of Yemen's legitimate government, where he has become the only supplier of petrol.

On Saturday and Sunday, petrol prices hiked at gas stations in Aden 8 districts, giving way for black market to boom.

The YPC now purchases all kinds of oil derivatives from the Eisei-owned Arab Gulf company and sells them in prices decided by Eisei.