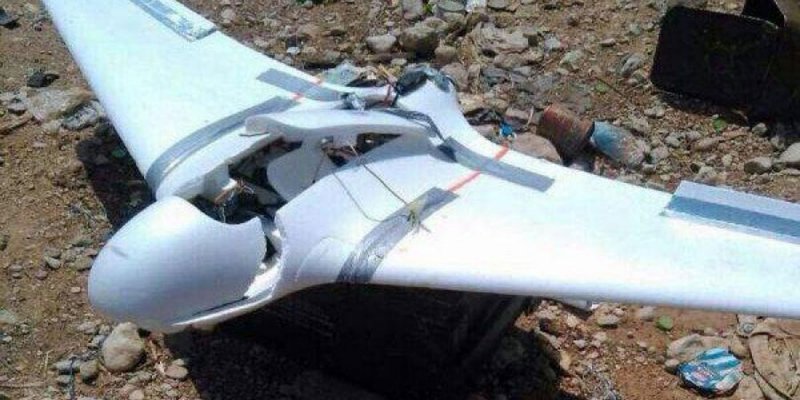 The Saudi-led Arab coalition to support legitimacy in Yemen said on Tuesday its forces shot down a drone launced by the Houthi group (Ansar Allah) towards the kingdom, while the group announced that it had attacked an air base in southern Saudi Arabia.

Coalition spokesman Colonel Turki al-Maliki said in a statement that the Saudi-led coalition shot down a drone launched by Houthi “terrorists” in Yemen towards the kingdom, media reported on Tuesday.

Al-Maliki said that the drone was shot down in the airspace of the Republic of Yemen.

The houthi group announced in the early hours of dawn on Tuesday, that it Houthi launched a large offensive operation towards King Khalid Air Base in Khamis Mushait in southern Saudi Arabia.

Houthi forces spokesman Brigadier General Yahya Saree said in a statement that a number of Qasif 2k have targeted the military communications system and warplanes locations. He called the hit precise.