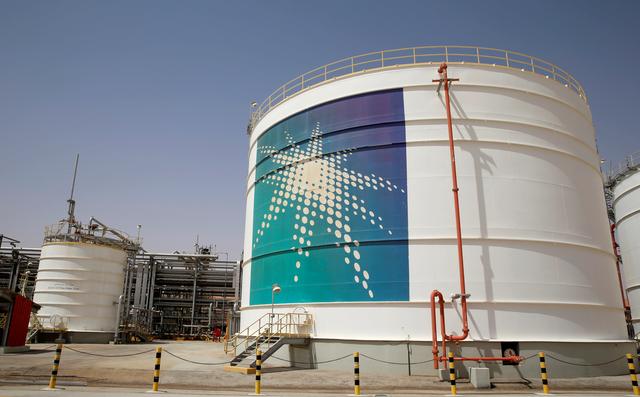 ATC is key to Saudi Aramco’s strategy as it expands its refining and petrochemical operations to boost global sales. The trading unit has been buying U.S. crude from Texas refinery Motiva [MOTIV.UL] to re-sell in Asia, the people said.

ATC has been shipping US oil such as West Texas Intermediate (WTI) Midland crude, Eagle Ford condensate and sour grade Mars to refiners in Japan, South Korea, Taiwan, Thailand and the United Arab Emirates since last year, they said.

It expanded that selection of U.S. crudes earlier this month, loading its first-ever 1 million-barrel cargo of WTL, the people said. The shipment is expected to arrive at Hyundai Oilbank’s [INPTVH.UL] refinery in Daesan in October, they said.

The sources declined to be named as they were not authorized to speak to the media. Saudi Aramco and Motiva did not respond to a request for comment. Hyundai Oilbank declined to comment.

The shipment follows an agreement this year for Saudi Aramco to take a 17% stake in Hyundai Oilbank, South Korea’s smallest refiner by capacity. The firms also signed two 20-year contracts for Aramco and its trading arm to supply 250,000 barrels per day (bpd) of crude from January 2020.

ATC was set up in 2012 initially to market refined products, base oils and bulk petrochemicals, but it has expanded into crude, competing with trading and international oil companies.

The company is using Motiva’s expertise in sourcing and pricing US crude to expand its trade volume, the people said. Because of its experience as a refiner, Motiva is able to get good prices for US oil, one person said.

In return, ATC buys Iraqi Basra crude for Motiva when the market is favorable, the people familiar with the matter said.

The United States has become the world’s biggest oil producer as shale oil discoveries have pushed its output above 12 million bpd, sending U.S. exports to a record above 3 million bpd since a crude oil export ban was lifted in 2015.

Over the past year, more of the output from the Permian Basin, the biggest U.S. shale field, has been of a super light oil known as WTL with an API gravity - a measure of density - similar to condensate.

ATC has especially stepped up condensate sales to refiners in South Korea and the United Arab Emirates after they stopped importing the petrochemical feedstock from Iran due to US sanctions, trade sources said.

Besides supplying US Eagle Ford condensate, ATC’s WTL shipments could increase as more of the light oil becomes available for export after new pipelines connect shale oil production from the Permian Basin to US Gulf Coast terminals, one of the people said.

Plains All American’s 670,000-bpd Cactus II pipeline began commercial deliveries this month. The pipeline segregates WTL barrels to maintain quality from the oilfield to the dock, which is vital to Asian refiners, the people said.

“Asia should have demand for it with their (condensate) splitters and capabilities to run ultra light crudes,” one source said.

South Korea surpassed Canada to become the biggest buyer of US oil in June.