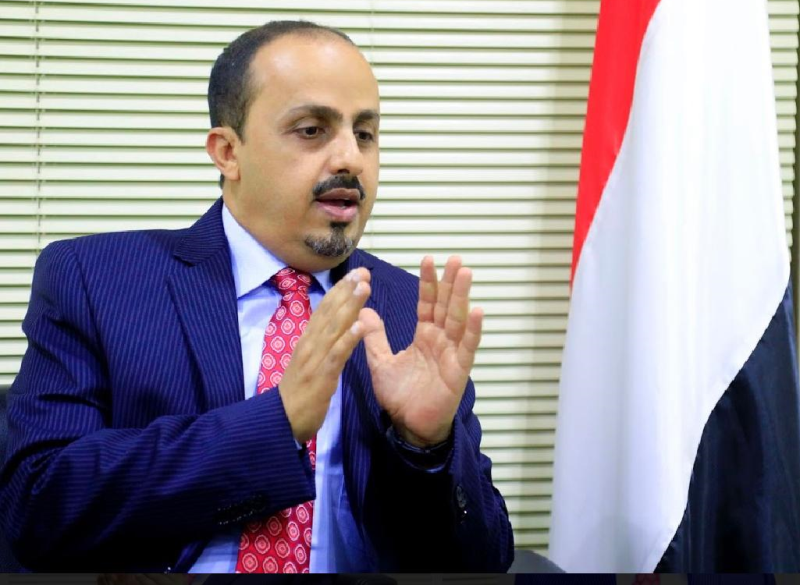 Information minister Moammar Al-Erynai said in a series of tweets his government, in coordination and partnership with the international community, will continue the war against all forms of terrorism.

He criticised a deceitful, misleading campaign by correspondents of Russia Today and DW TVs during their coverage of the latest clashes between the legitimate forces and militias of the southern transitional council(STC).

The coverage of the two channels is unprofessional, he said, pointing out that the government will take legal action against any media outlet that is not neutral and reporting about the situation in Yemen unprofessionally.

Moreover, he threatened to revoke license of Russia Today TV unless its correspondent works neutrally, accusing the correspondent of supporting the southern transitional council.

During the clashes between the government and southern transitional council forces in Shabwa province, correspondent of Russia Today TV said fighters of the council were killed in an ambush by Al-Qaeda, though the government said it carried out the ambush.

DW also published the same information, raising a question about the relationship between the government and Al-Qaeda in Yemen.

After its UAE-backed forces were defeated in Shabwa, council leaders accused the legitimate government of using terrorists in the battles, an accusation the government has denied. The government said it is facing a rebellion in Aden, Shabwa and Abyan.