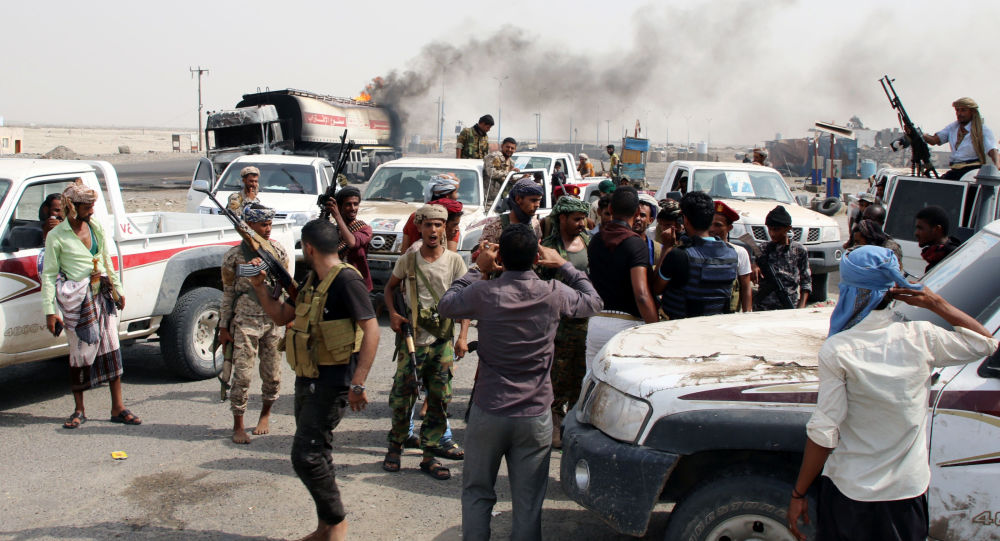 The Presidential Foundation in Yemen said on Thursday, Emirates' air raids forced the internationally recognized government forces to withdraw to spare Aden from destruction, vowing to reclaim the province that is taking the iterim capital of the country.

The Yemeni presidency was accused in a statement of President Abdrabbu Mansour Hadi, the forces of the UAE-backed Southern Transitional Council (STC) to target "constitutional legitimacy and attack state institutions and camps in Aden, Lahj, Abyan and Shabwa with the support, funding and planning of the United Arab Emirates."

The statement expressed deep regret over what he described as the exploitation of the UAE by the current circumstances to dominate its armed formations against the legitimate state institutions.

The statement added: "We were surprised by the UAE's air raids carried out several military air raids against citizens and army personnel amid populated neighborhoods in different places in Aden."

He stressed that these raids prompted the government forces to withdraw to the vicinity of Aden province to spare them and their people "mad destruction" by the southern transitional forces backed by UAE air cover resulting in dozens of dead and wounded and raids and arrests.

The Yemeni president said in the statement: "I say to our valiant soldiers and our authentic Yemeni tribes that defend the soil of their homeland, its legitimacy, its republican system and its just federal project in all provinces.

He added: "I pay tribute to your pure hands that will achieve us a great victory and through which we will regain the temporary capital of Aden and extend the influence of the state, which will bring us closer to the greatest and dearest victory in the liberation of the capital Sana'a and defeat the Iranian project Houthi."

"Our need for our brothers in the battle of the Arabs against Iran cannot be a gateway to the division of our country or the abandonment of an inch of its pure territory.", Hadi said.

He pointed out that he directed his government "to take all necessary measures to face this blatant targeting against our country and the integrity and territorial integrity of our country."

He reiterated his call to Saudi Arabia "to intervene to stop this blatant interference (to the UAE) by supporting those militias and the use of aerial bombardment against our armed forces."