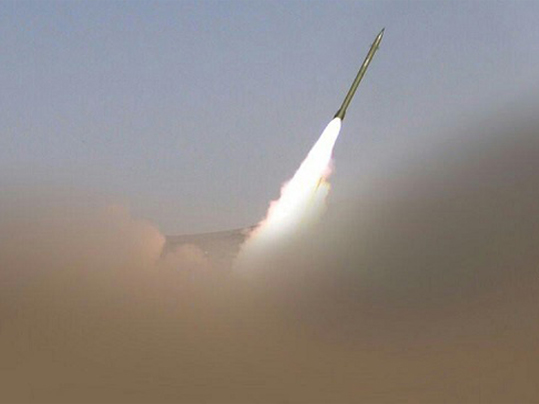 The Houthi group (Ansar Allah) said on Friday it fired a medium-range ballistic missile at gatherings of the Saudi army and their deceived north of Hayran off Jizan.

Hayran is located in the northwestern province of Hajjah on the border with Saudi Arabia.

Saree added that "the ballistic missile hit the target accuratel, left dozens dead and wounded and caused confusion among the enem.

He added that the attack came as a proactive operation to thwart the enemy’s plan as it was preparing to infiltrate towards sites of the Army and Committees in Haradh.

The internationally recognized Yemeni government forces said on Thursday that they, backed by the Alliance for Legitimacy Support, put up quite in violent clashes with the Houthis around the city of Haradh, north of Hajjah.

Media Center of the fifth military zone in the "legitimate" government forces reported that these forces are put up quite in violent clashes with the Houthi group in the vicinity of the border city of Haradh to liberate them from the hands of the Houthis.

It added that the Government forces liberated large areas and villages around the city of Haradh, resulting in the death and injury of Houthi fighters.

The Media Center confirmed that the fighting will continue until the liberation of the city of Haradh..

Yemen Witness for the fifth year, a bloody conflict for power between the Yemen's internationally recognized "legitimate" government backed by a Saudi-led Arab-military coalition and the Iranian-backed Houthis (Ansar Allah).