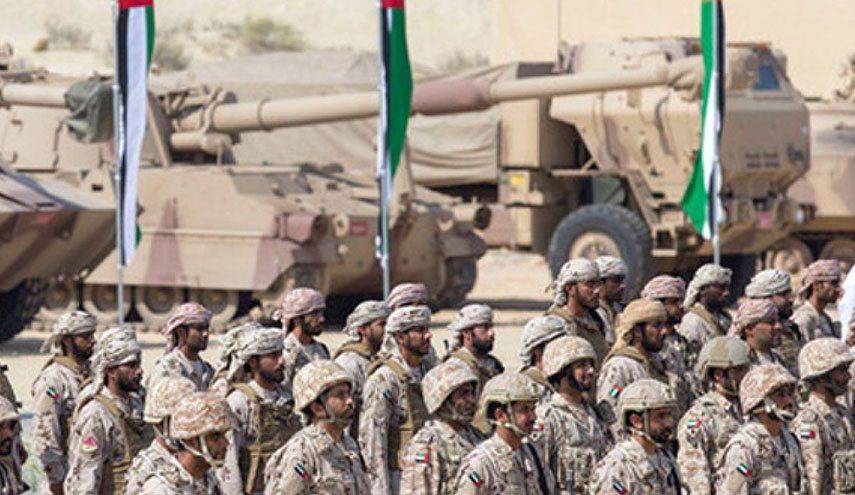 "It's become necessary to take decisive steps for reorganizing the Yemeni file .. and curbing the Emirati actions particularly after its intentions have appeared clear in Yemen," the Yemeni government said in a letter to Hadi.

The government letter came hours after Emirati warplanes had targeted sites and reinforcements of official forces in Aden and Abyan, leaving scores of civilians and troops killed or injured.

The government referred the removal of UAE to Saudis for they are who had invited Abu Dhabi to join the coalition under UNSC resolution.

The letter called for the UN Security Council to be advised about that and asked to take stance towards Emirati acts in Yemen.

Legal responsibility necessitate that bases should be set to guarantee readjustment of relations between Yemeni and coalition states, through strategic relation, and bases for participation in all Yemeni issues, said the Yemeni cabinet.

"UAE-affiliated forces seek to impose the policy of fait accompli in liberated governorate [of Aden] and practice violence against all those in conflict with the Emirati leaders' wishes, creating hostility to everything connected to the UAE," the cabinet letter read.

The Yemeni ministers called on President Hadi to suspend relation with the UAE, call the Yemeni ambassador from Abu Dhabi, remove legal cover from all officials who led the rebellion against legitimacy, classify rebellion leaders in Aden as hinderers, and bring dossiers of HR violations to justice.

"Army units should be empowered to assume their duty at all battlefronts and end the Houthi coup, and logistic support should be provided for this purpose," the letter urged.

In coordination with Saudi Arabia, official military units need to be integrated as part of the defense and interior ministries, and all camps seized by the Emirati-backed Southern Transitional Council (STC) need to be handed to defense ministry.

The Republic of Yemen reserves its right to sue the UAE, the ministers added, confirming their support to all steps to be taken.

On Thursday, the Yemeni defense ministry said 300 troops and civilians had been killed or injured by UAE airstrikes in the south.

In response, the Emirati foreign ministry said their aircraft targeted, with "limited strikes, terrorist militias posing a threat to coalition forces on Wednesday and Thursday," and that they reserve the right to self-defense.

Last Sunday, the UAE said Saudi Arabia is who may decide the continuation of Abu Dhabi role under the coalition in Yemen.