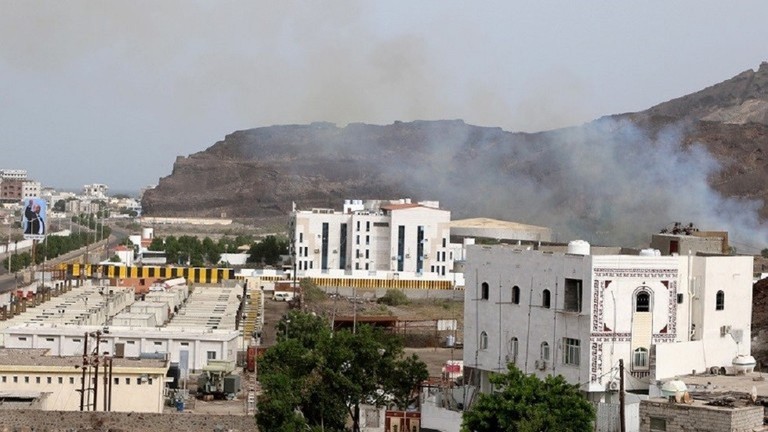 HR ministry at the Yemeni internationally-recognized government has accused the UAE-backed separatist Southern Transitional Council (STC) of executing 11 injured troops at hospitals and killing and wounding some 300 civilians, including women and children, in chases and raids into houses in Aden and Abyan.

"Pace of violations has increased,"the ministry said in a release carried by the Riyadh-based Saba News Agency,after the "Emirati aggression aircraft targeted troops of the national army in Aden and Abyan, leaving hundreds of people killed or injured."

The STC "militiashavethen immediate chased and liquidated the injured at hospitals, stormed into houses and violated honors."

The ministry has "received footages and photos for executions, tortures and humiliations committed by STC militias against captive troops. All these acts are blatant violations of the international human and HR laws."

HR ministry has held the STC responsible for the "bloody crimes against civilians and prisoners," calling for investigation and for further pressures by international HR groups to "deter the rebellion militias."

On Wednesday, UAE airstrikes targeted Yemeni official troops at fringes of Aden and in the neighboring governorate of Abyan to halt their advance towards the restoration of the temporary seat of the government seized by the UAE-backed STC.

Having admitted the airstrikes, the Emirati foreign ministry said their aircraft targeted, with "limited strikes, terrorist militias posing a threat to coalition forces on Wednesday and Thursday," and that they reserve the right to self-defense.

The Emirati FM statement came hours after a similar by the Yemeni government that it had officially called on the UN Security Council to hold an emergency session on the UAE airstrikes, leaving more than 300 Yemeni troops and civilians killed or injured.

On Wednesday, UAE airstrikes targeted Yemeni official troops at fringes of Aden and in the neighboring governorate of Abyan to halt their advance towards the restoration of the port city seized by the STC.

On August 10, the Emirati-backed separatist STC's forces seized full control over the Yemeni southern port city of Aden, following violent clashes with official army that left 40 people killed and 260 others injured, according to UN release.