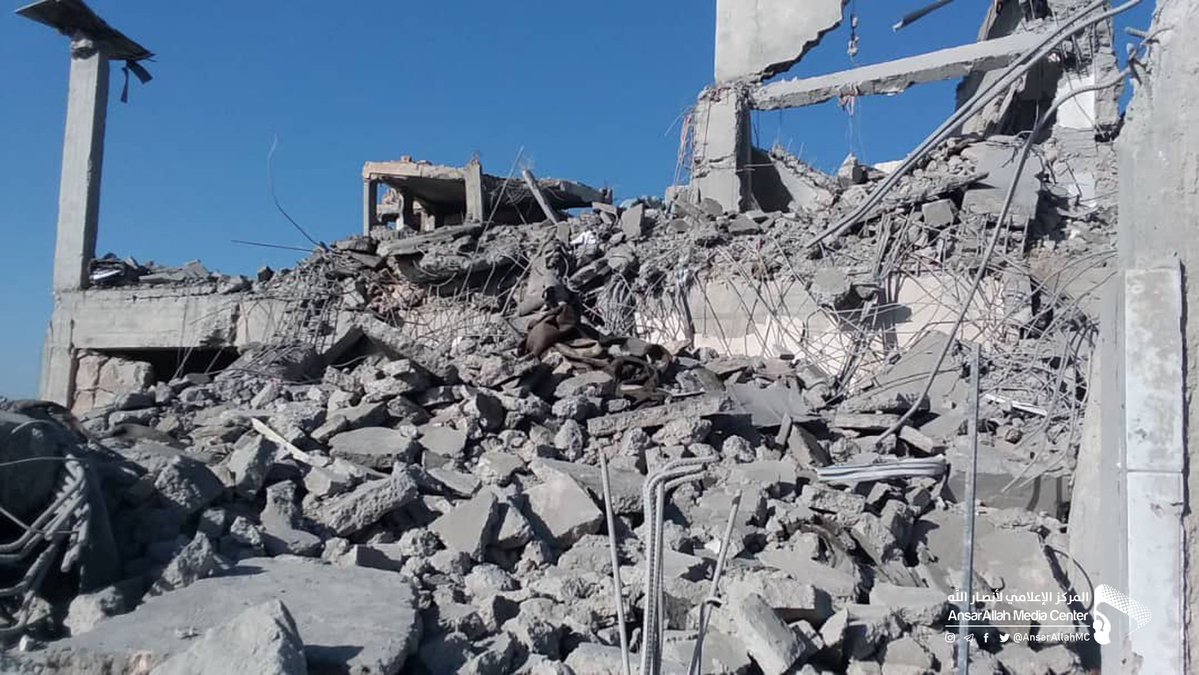 The International Commission for Red Cross expressed Sunday its concern over bombing of a prison in the Yemeni central governorate of Dhamar, as ICRC team was sent to provide emergency healthcare.

Early on Sunday, the Houthi group said 60 inmates had been killed and 50 others injured in an airstrike by the Saudi-led coalition on a prison hosting hundreds of pro-government prisoners.

Reports on Dhamar prison strike "raise our concern," the ICRC said on a tweet seen by Debriefer. "It's a detention center that we regularly visited."

ICRC mission in Yemen affirmed that a team was heading for Dhamar, with urgent medical supplies to cure up to 100 casualties and 200 coffins that would be donated following the air raids.

"We take these reports seriously," said head of the ICRC mission in Yemen. "I'm en route to Dhamar to assess the situation.

The ICRC had previously visited this place, "as part of our work," Franz Rawkhnschtine added.

Casualties are still being picked up, amid highly difficult access by rescue teams, with aircraft continuously hovering on the area, said Houthi-run health ministry spokesman.

Tens of casualties, most of them seriously injured, have been taken to hospital, Youssef al-Hadhiri added.

According to identical sources, coalition warplanes launched late on Saturday seven raids on the society collage, currently used by Houthis as a jail for hundreds of captives loyal to the internationally-recognized government.

Half of the animates in the targeted prison were about to leave under a prisoner swap deal as part of local efforts, the Sana'a-based Saba quoted head of Houthi prisoner committee as saying.

"The targeted prisoners had been [taken captives while] fighting at battlefronts in Shabwa, Taiz, Dhalea, borders and others," he added.

"The enemy's deliberately targeting of the detention building aims to thwart efforts by local committees that were about to finalize a prisoner swap deal," the Houthi leader claimed.

While no immediate comment has been issued by the coalition or Saudi Arabia on Houthi claims, the coalition command said earlier said it had "destroyed a military site of Houthi militias in Dhamar" and that it was used as "warehouse for drones and air-defense missiles."

The targeting was "incompliance with the international human law and its conventional rules" as "all precautionary measures have been taken to protect civilians," according to the Saudi Al-Arabiya TV.

Houthis, however, denied the coalition's claims, noting that it was a jail "known by the enemy and ICRC that paid several visits" to the building.

The conflict escalated after a Saudi-led coalition intervened militarily in the country in March 2015 to reinstate the government of President Hadi, leaving tens of thousands killed, hundreds of thousands injured, and 3 million displaced.