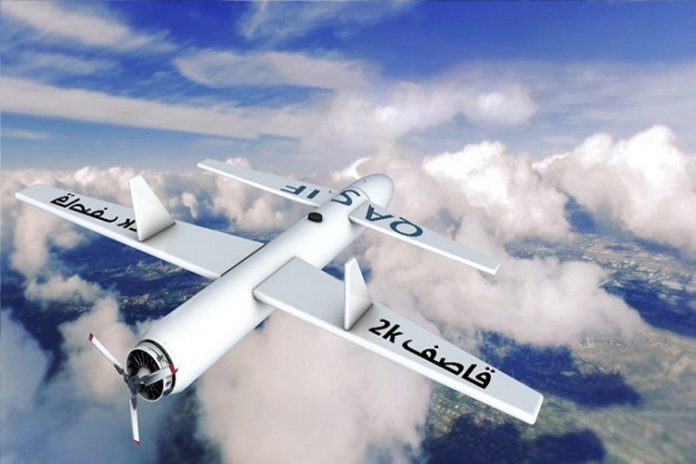 The Houthi group (Ansar Allah) said on Monday that its air force launched attack on gatherings of the Saudi army and so-called "mercenaries," referring to the Yemen`s internationally recognized government forces, off Jizan on the border with Saudi Arabia.

"Houthi forces spokesman Brigadier General Yahya Seree said in a statemen that the group's air force carried out an aerial attack with Qasif- 2k drone on a gathering of Saudi and Yemeni forces north of Haradh in the northwestern province of Hajjah, bordering Saudi Arabia.

The Houthi military spokesman claimed that the so-called "invaders and mercenaries" were preparing to infiltrate towards the positions of his group's forces.

For the fourth consecutive day, violent battles are taking place around the border area of Haradh between Yemen`s internationally recognized government forces backed by Saudi-led Arab coalition fighters in support of legitimacy in Yemen, and Houthi forces (Ansar Allah).

The media center of the fifth military zone of the "legitimate" government forces said on Saturday, its units are working to secure the villages and farms surrounding the newly liberated city of Haradh, and to extract the minefields laid by the Houthis.

Yemen Witness for the fifth year, a bloody conflict for power between the Yemen's internationally recognized "legitimate" government backed by a Saudi-led Arab-military coalition and the Iranian-backed Houthis (Ansar Allah).