Arab coalition in Yemen about to dismantle Anadolu 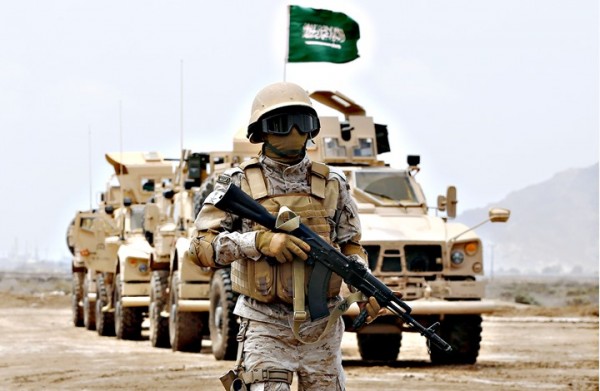 Such a war could get out of the Saudi-led coalition's control and further complicate efforts to reach a political settlement for war with the Houthi group, which seems to be the first capitalizeron what happens in south of Yemen, AA said in a report Monday.

Since January 2018, the STC, the political wing of the UAE-backed Security Belt and allied forces, has pursued the policy of imposing influence and control outside the legitimate government, AA report sees.

The official government has not shown a decisive stance following the STC's seizer of Aden, seat of the government, and other southern cities.

In January 2018, Aden saw broad clashes between the STC and government, ended up with the latter accepting the fait accompli, amid a Saudi ambiguous position that always just confirms support for the legitimate government in war against the Iranian-backed Houthis and stresses on Yemen's unity and sovereignty, without taking deterrent actions against the STC forces.

Since the establishment of Arab coalition in support of Yemen's legitimacy, the United Arab Emirates has not provided full support for the government of President AbdRabbu Mansour Hadi, although it is recognized by the international community, the AA added.

This is because the UAE thinks that the Islah Party (Muslim Brethren offshoot in Yemen) enjoys wide power within the official government, while the UAE fights this group in many countries, so it has chosen to build a force –made up of people from Yemeni southern provinces – on which it lavishly spent, trained and armed to be parallel to the legitimate government.

While the government is seeking – with Saudi support – to restore control over all Yemeni territories and maintain the country unified, the STC is seeking – with Emirati support undeclared officially – to declare independence of the 'South Arabia' state, reflecting the lack of common vision or rally around a collective national identity among Yemeni parties fightingtogether against the Iranian-aligned Houthi group.

By sure, there is clear difference in the Saudi and Emirati goals of their respective participation in the Yemeni war.

While the Saudis are seeking to stop threats posed by the Houthi group against their areas and to maintain Yemen's unity, the Emiratis (through their support for the STC) are seeking to enable this council to establish a state in south of Yemen.

Saudi reluctance to adopt an official stance on the Emirati airstrikes on official government troops uncovers reality of the Arab coalition, which is about to fall apart, although the statement (issued by the Saudi cabinet after Aden events and before Emirati airstrikes) confirmed deep relations with the UAE.

The Arab coalition has been profoundly harmed by Aden's recent events, portending a likely disassembly of this coalition or sitting with Houthis and making painful concessions against the principles on which it was based – namely Houthi disarmament and Hadi government's return to the capital of Sana'a – with political settlement not excluding the Houthi group if accepted coalition's conditions.

If one asks: The coalition, where to? A more realistic question will be raised: Where is Yemen heading for, in the light of the unprecedented division seen by the anti-Houthi front?, the AA concluded its report.