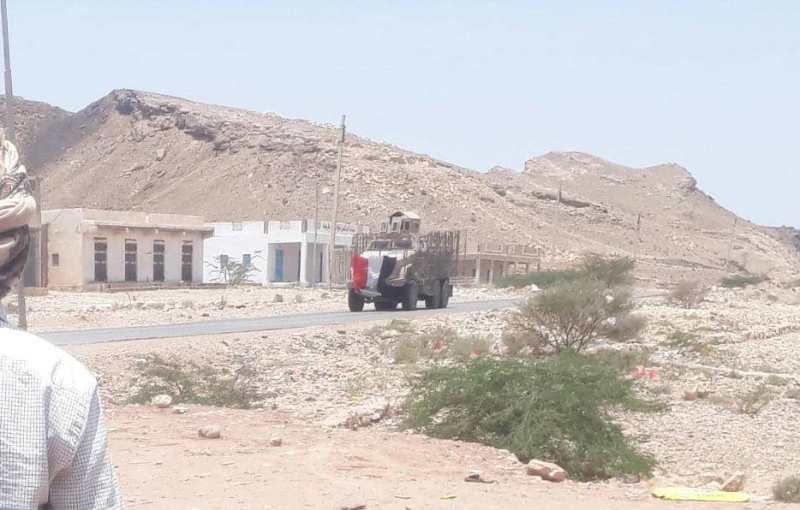 The government forces restored the town after fierce clashes with STC forces, that raided Azzan at dawn and established military checkpoints, the sources added.

"Reinforcements for the official government troops arrived in, hours after STC 14 vehicles, with fighters onboard, came intothe town."

"Clashes are ongoing in al-Rawda area, neighboring Azzan, with STC forces pressing for expansion northward on the way to Ataq, the provincial capital of Sahbwa, which they failed to seize last week," according to sources.

In Abyan, gunmen on Monday attacked Modeah district's security department using light and medium weapons in an attempt to storm into its building, said security sources.

"But security forces in the scene responded to the attack, sparking clashes for hours before attackers were forced to flee," sources added.

On Wednesday, UAE airstrikes targeted Yemeni official troops at fringes of Aden and in the neighboring governorate of Abyan, halting their advance towards the restoration of the temporary seat of the government and allowing for the Emirati-backed STC's seizure of Aden.

The UNSC expressed concern also at violent attempt to seize state institutions in south of Yemen, hailing the Saudi efforts for dialogue in Jeddah to settle the situation, and calling on parties to cooperate constructively to help those efforts succeed.