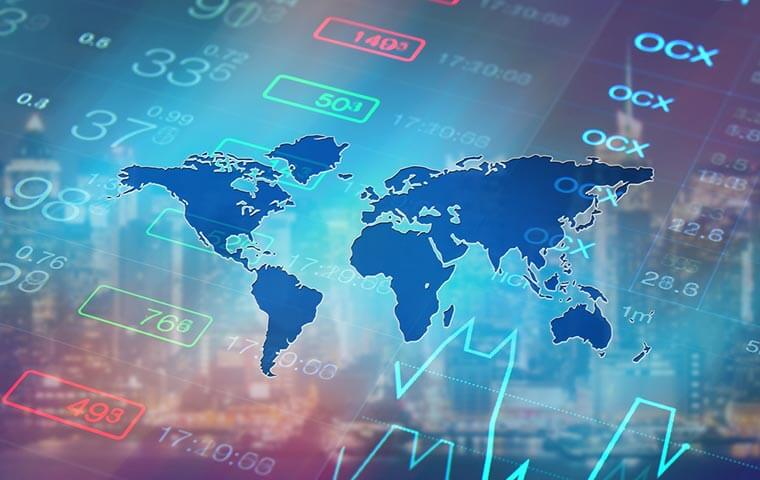 Global stocks slipped toward a recent two-month low on Tuesday, as US-China trade tensions drove investors to the relative shelter of gold, the Japanese yen and government debt.

Sterling was the big mover in currency markets, nearing a three-year low with British Prime Minister Boris Johnson set for a showdown with Parliament over a no-deal Brexit.

With US markets shut on Monday, global markets took their cue from weak PMI survey data in Europe and China which raised concerns the global economy was struggling on many fronts.

An index of global stocks .MIWD00000PUS slipped 0.2% on Tuesday, heading toward a two-month low hit in early August. An index of Asian stocks .MIAPJ0000PUS was down 0.7%.

In the trade war between Washington and Beijing, tensions have shown little sign of abating even though US President Donald Trump has said they would meet for talks this month.

“Since the trade dispute has become the driving force behind equity markets, we advise against adding significantly to equity exposure, particularly for those with an adequate strategic allocation,” Mark Haefele, chief investment officer at UBS Global Wealth Management said.

European stocks were on the back foot as investors locked in profits from a three-day streak that saw indices scale near one-month highs. An index of European stocks .MSER was down 0.3%.

The move away from equities boosted demand for government debt with yields on benchmark US Treasury debt tumbling to toward a three-year low hit last week as investors also ramped up their bets the global economy is headed toward a recession.

Market watchers are hoping that US data would undermine some of those bearish bets on the global economy with surveys from the Institute for Supply Management due later in the day while U.S. payrolls data is due on Friday.

“The ISM ... is going to be (a) particular important market mover as those who have been buying bonds strongly, suggesting that the U.S. is on course for recession, need to see some sort of justification,” said Andrew Milligan, head of global strategy at Aberdeen Standard Investments.

Keeping in line with a general mood of risk aversion, the yen gained 0.2% against the greenback while gold XAU= firmed toward more than a six-year high.

In the currency market, sterling slumped below $1.20 to a three-year low, as Prime Minister Johnson’s implicit ultimatum to lawmakers to back him on Brexit or face an election sent investors scrambling to dump British assets.