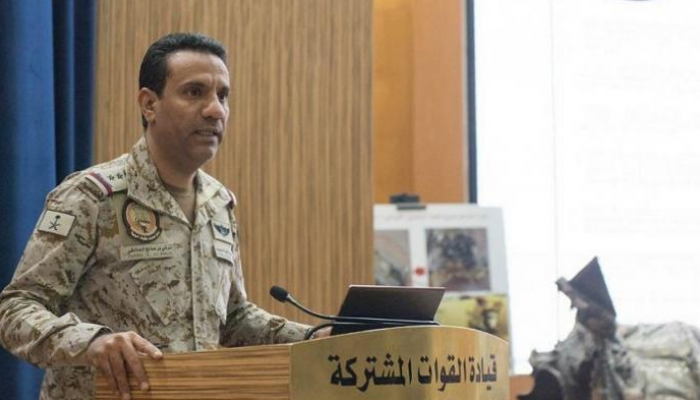 The Saudi-led Arab coalition  to Support legitimacy in Yemen  on Tuesday said that it shot down a drone fired by Iran-backed Houthi group (Ansar Allah) toward the kingdom.

The spokesman for the coalition forces, Col. Turki al-Maliki, said in a statement published by the Saudi Press Agency "SPA": "Coalition forces managed onTuesday morning to intercept and shoot down a drone fired by the Houthi terrorist militia from Amran province towards the kingdom."

The Houthis did not announce the launch of drones on Tuesday as of the moment of writing this news.

Al-Maliki added : “All Houthi attempts to attack the Kingdom are doomed to fail, saying the coalition has taken all necessary measures, in line with the best rules of engagement, to deal with these threats and protect civilians."

He vowed that the coalition will continue to deter the Houthi actions to neutralize and destroy their abilities in line with international humanitarian law.