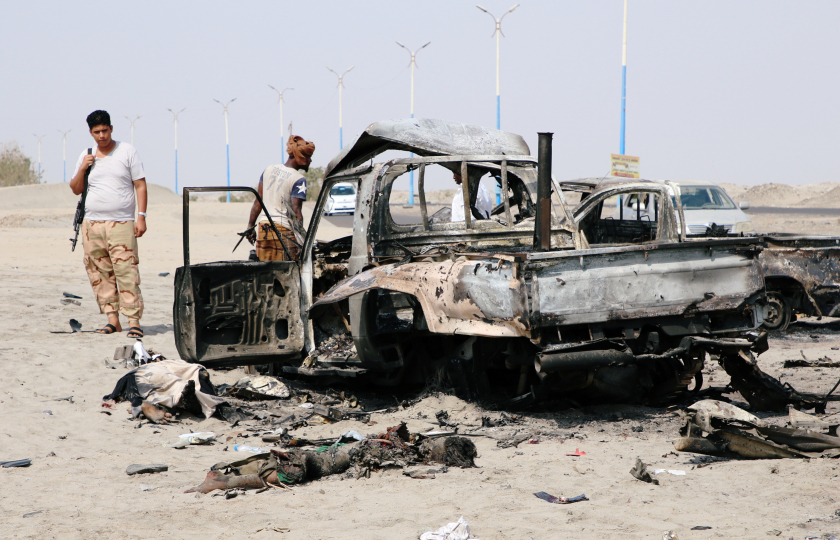 The Emirati warplanes strikes on troops of the Yemeni internationally-recognized government have caused diversion in the Arab coalition's objectives to restore the state, overthrow the Houthi coup, and confront the Iranian project, Yemeni political parties alliance (YPPA) said Monday.

In a statement carried by the Riyadh-based Saba News Agency, YPPA declared support to the stance adopted by President AbdRabbu Mansour Hadi and his government towards the separatist Southern Transitional Council (STC) rebellion and resultant developments.

YPPA statement was inked by 10 parties, including the People's General Congress and Islah, in the absence of the Yemeni Socialist Party.

"Among the events recently seen by Aden and other southern provinces, the most dangerous part was the Emirati airstrike that targeted units affiliated to the Yemeni Defense Ministry, leading to a deviation from objectives of the Arab coalition backing the legitimacy," said the statement.

YPPA stressed the need for "all anti-coup national powers to unite under the roof of constitutional legitimacy and three terms of references towards restoration of the state, overthrowing the Houthi coup, and confronting the Iranian project, while maintaining the social unity."

On Wednesday, UAE airstrikes targeted Yemeni official troops at fringes of Aden and in the neighboring governorate of Abyan to halt their advance towards the restoration of the port city seized by the STC.

On August 10, the Emirati-backed separatist STC's forces seized full control over the Yemeni southern port city of Aden, following violent clashes with official army that left 40 people killed and 260 others injured, according to UN release.

The United Arab Emirates said their aircraft targeted, with "limited strikes, terrorist militias posing a threat to coalition forces, and that they reserve the right to self-defense.

The Yemeni government has said it had officially called on the UN Security Council to hold an emergency session on the UAE airstrikes.

The separatist STC claims to be representative for Yemeni southerners and seeks to impose control over all the south, but it is not fully supported by people there.

Despite its claims to back the Yemeni legitimate government, the UAEsupported STC establishment in May 2017 to consist of Yemeni southern bodies calling for separation from the north and restoration of south state that existed before Yemeni Unification in 1990.

The UAE formed, trained and equipped many Yemeni military and security divisions to fight Houthis but alsoal-Qaeda that exploited civil war to expand its influence in the south, although the gulf state claims the group was forced out.