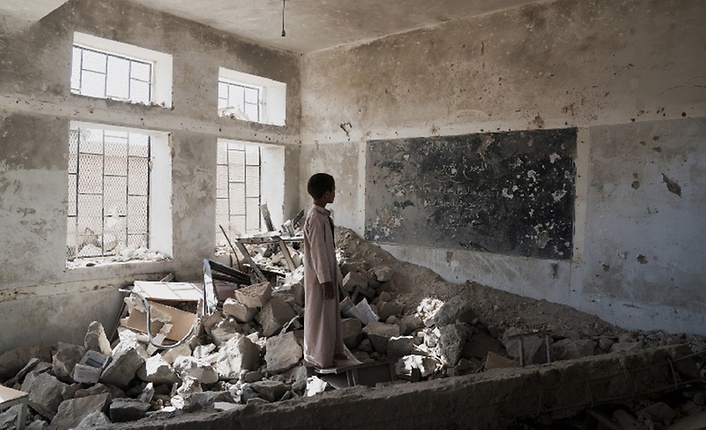 The Norwegian Refugee Council (NRC) has said that 2 million children in Yemen are out of school and nearly 3.7 million students are in desperate need of help to return to school, as the bloody war in the impoverished country continues for the fifth consecutive year since the Saudi-led Arab military intervention in March 2015.

The Norwegian Council said in a statement on Tuesday that a large number of children were unable to return to school in Yemen, and that two thousand schools have been damaged by the war or used to shelter displaced families.

The council confirmed that thousands of teachers in Yemen have not received their salaries since they stopped in October 2016, considering that the failure to pay teachers' salaries affects about 10,000 schools and nearly 4 million students.

In mid-May, UNICEF's Executive Director, Henrietta Fore, confirmed that 7,300 children had been killed since the war broke out in Yemen more than four years ago, according to figures she called "confirmed" from UN teams on the ground, with the possibility that the actual numbers be more.

"Fighting is still raging in 30 active conflict zones in Yemen with about 1.2 million children," Henrietta Fore said in a briefing to the UN Security Council. "The United Nations has verified the recruitment and use of more than 3,000 children from the parties to the conflict. This flagrant violation of international law. "

"More than two million children are out of school. One in five schools have been damaged or destroyed in the fighting. It is a huge blow to their future abilities," she said.

Fore stressed that Yemen has retreated 20 years of development as a result of the war in this country, which is on the verge of complete collapse. "We are at a turning point. If the war lasts longer, the state may go beyond the point of no return," she said, noting that "15 million Yemeni children are waiting to be rescued. Half of Yemen's hospitals and clinics are destroyed."