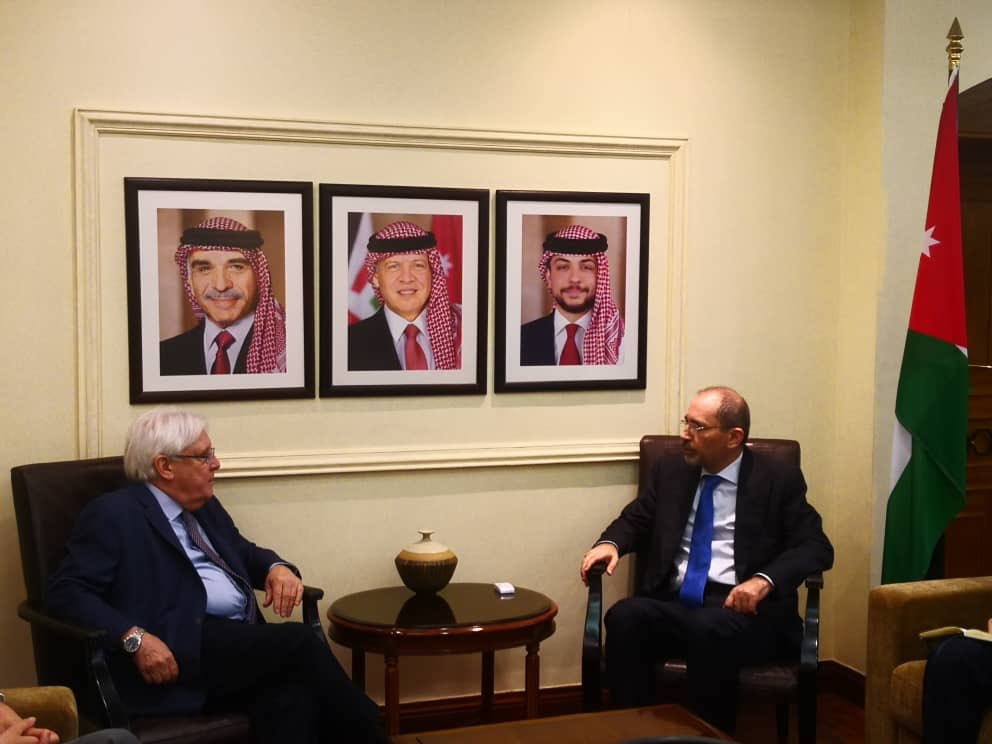 The Hashemite Kingdom of Jordan affirmed on Tuesday its support for the dialogue called for by Saudi Arabia to resolve differences and end the escalation in southern Yemen, and called for intensifying efforts to end the Yemeni crisis through a political solution.

During a meeting with UN Special Envoy for Yemen Martin Griffiths, Jordanian Foreign Minister Ayman Safadi also stressed the need to intensify efforts to end the Yemeni crisis, whose humanitarian consequences are exacerbated by a political solution according to the approved references to restore Yemen's security and stability.

"The continuation of the conflict will only lead to more suffering and destruction," he said, stressing the importance of moving quickly and effectively to end tension in Aden through dialogue.

The Jordanian foreign minister condemned the targeting of Saudi Arabia, saying: " that the security of Riyadh and Abu Dhabi is part of Amman’s security and stressing Jordan’s solidarity with Arab countries’ efforts aimed at safeguarding their security.."

For his part, Griffiths expressed his gratitude for what he called "the fruitful commitment of the Hashemite Kingdom of Jordan" and reiterated his support for the Saudi initiative on the situation in southern Yemen.

On Tuesday evening, a delegation from the transitional council arrived in Jeddah, Saudi Arabia, to participate in the dialogue with the Yemen`s internationally recognized government, according to media sources close to the council.