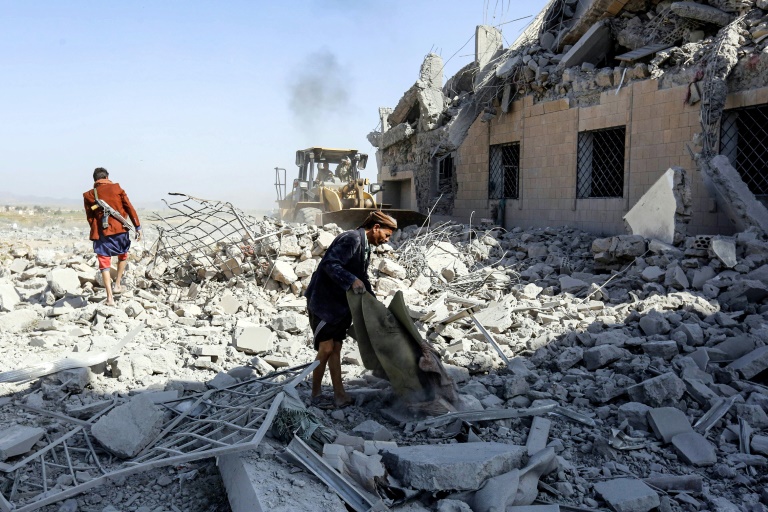 The Saudi-led coalition backing the legitimacy in Yemen has decided to get rid of government prisoners detained by Houthis, the rebel group said Tuesday, calling for inclusive prisoner swap with the Yemeni internationally-recognized government.

"It seems that mercenaries captives have become a target of aggression airstrikes, and that a decision has been made to eliminate them for many reasons," head of Houthi prisoner committee, Abdul Kadir al-Murtada, said on Facebook.

His remarks come few days after coalition warplanes hit a building used by the Houthi group as detention center in Dhamar, some 90 km to the south of Sana'a, killing 123 people and injuring 50 others, according to Houthi medical sources.

"We call all Yemeni parties fighting beside the aggression to carry outall-inclusive swap for all Yemeni prisoners under any way convenient for all parties and through any mediations to be agreed on," Murtada added, hoping his call would be welcomed, and "not rejected by the government as previous calls.

"We also hope they won't prefer obeying the alien occupier to the interest of their families who suffer a lot, particularly under this deliberate targeting by the enemy," he said.

On Monday, Houthi spokesman accused Saudis of thwarting all UN proposals for the application of prisoner swap deal.

"The Saudi regime has foiled all the UN proposals, since it only cares and calls for its own prisoners," Abdul Salam added at meeting with the Swedish Minister for Foreign AffairsMargot Wallstrom in Muscat.

Over the past years, the Yemeni government and Houthis have exchanged tens of prisoners and bodies through local, tribal mediations.

Last December, delegations of the government and Houthi group exchanged lists of some 15,000 prisoners at UN-sponsored peace talksin Sweden, a step still waiting for practical translation on the ground.

Yemen has been racked by a 4-year bloody conflictbetween the Yemeni government's forces, backed by a Saudi-led coalition, and the Iranian-backed Houthi rebels who ousted the government in 2014.