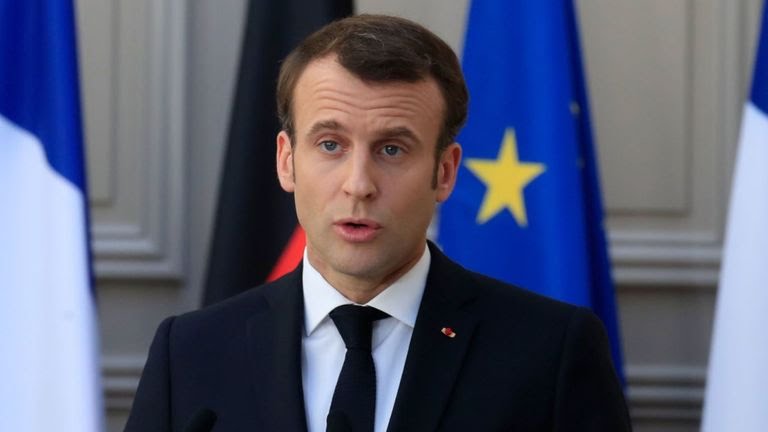 A European trade mechanism to barter humanitarian and food goods with Iran will not work until Tehran sets up a mirror company and meets international standards against money-laundering and terrorism financing, a French diplomatic source said.

Britain, France and Germany, parties to a 2015 nuclear deal with Iran along with the United States, China and Russia, are determined to show they can compensate for last year’s US withdrawal, salvage trade promised to Iran under the accord and still prevent Tehran from developing nuclear bomb capability.

French President Emmanuel Macron has led those efforts and is trying to clinch a $15 billion credit line that would offset tough US sanctions that have strangled Iran’s oil exports, but that requires getting some backing from Washington.

In addition to that the Europeans have attempted for more than a year to set up the Instex trade mechanism, but it is still not operational. It would initially only deal with food and medical trade not Iran’s principal export - crude oil.

“The Iranian mirror structure is not operational. The day they have signed the necessary FATF (Financial Action Task Force) conditions we’ll talk about it and the day that we are sure that the first transactions through Instex aren’t put under American sanctions, (then) we’ll talk about it again,” the diplomatic source said.

France’s foreign minister said on Tuesday the mirror company had not been set up.

But the clock is ticking. Iran’s president on Wednesday gave Europe another two months to save the deal and warned Tehran was preparing for further significant breaches of the accord’s caps on nuclear activity if diplomatic efforts ultimately failed.

European officials until now have said that conforming to Paris-based FATF rules was not a prerequisite for Instex, although it would facilitate its establishment.

Iran’s parliament has approved some new measures against funding terrorism under pressure to adopt international standards. But the Guardian Council, which vets laws and elections for compliance with Iran’s Islamic constitution, blocked a draft law in 2018 on the grounds it would prevent the Islamic Republic from providing financial support to Hezbollah in Lebanon, which is under US sanctions.

The FATF said in June that it could only consider fully enacted legislation and gave Iran until October to meet its norms or face greater scrutiny of international financial transactions with Tehran.

The diplomat’s comments also reflect how difficult it will be for the Europeans to convince US President Donald Trump to ease his administration’s “maximum pressure” policy on Iran.

The United States would have the economic clout to block any credit line for Iran or sanction companies trading with it.

Gordon Sondland, U.S. envoy to the European Union, on Wednesday said the U.S. government was studying Macron’s proposal and would not comment further at this time.

The credit line proposal would appear to contradict Washington’s stated policy of working to force Tehran to rein in its nuclear and missile programs as well as what the White House views as its destabilizing regional behavior. U.S. officials have repeatedly said they do not believe Instex will get off the ground, but Sondland’s comments left open the possibility that Trump could accept Macron’s proposal.

The Central Bank of Iran said in March it had registered a mirror company to operate in coordination with Instex. In July, Ali Asghar Nouri, head of Iran’s Special Trade and Finance Instrument for trade with Europe, denied that Tehran was responsible for delays in getting Instex up and running.

Iranian officials have repeatedly said Instex must include oil sales or provide substantial credit facilities for it to be beneficial.

“One can always say it’s Instex’s fault and that the Europeans are doing nothing, but the reality is that it is a political face-off,” the French diplomat said.

“We have operations that are ready as part of Instex, but it is not made for oil exports. Symbolically, Iranians prefer to show that Instex isn’t working because it allows them to think they can keep the pressure on us.”