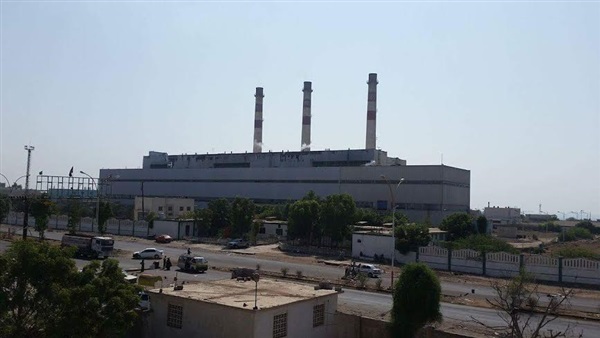 The electricity company in the southern Yemeni city of Aden, which is under the control of the UAE-backed South Transitional Council (STC), has started to double the hours of power cuts due to a drop in fuel stocks, putting the STC in trouble after it seized control of the Aden city on 10 August.

The electricity company doubled hours of power outages on Wednesday as a result of the imminent depletion of Diesel and fuel oil. This has exacerbated residents' fears in the coastal city of the internationally recognized Yemeni government as the country's temporary capital.

The correspondent of the "Debriefer"  international news agency said in Aden, that the electricity service has returned to the growing interruptions again after it was stabilized during late August.

He pointed out that the reason for the increase in power outages, is the decrease in fuel stocks of power stations to less than half, pointing out the possibility of worsening of the interruption in the coming days, which threatens popular anger among the residents of the coastal city.

The Ministry of Electricity and its affiliate in Aden warned earlier this week from a total power outage in Aden and neighboring governorates, if the power plants are not supplied with fuel which is nearing completion, noting that the remaining fuel is barely enough for next Friday.

The depletion of fuel in Aden puted the armed STC  is in a dilemma in front  residents of Aden and neighboring provinces, which were seized on 10 August after violence battles with Yemeni government forces that lasted for four days, killing, injuring dozens.

The UAE-backed STC faces a real test of providing public services to citizens in the provinces it controls. However, observers have played down the test given Abu Dhabi's full weight on the side of the council seeking to secede from southern Yemen from the north.

Mohammed al-Masbahi, spokesman for the Ministry of Electricity and Energy in the internationally recognized government of Yemen, said a ship loaded with 18,000 metric tons of diesel would arrive in Aden on Friday to supply power plants.

In August, the STC managed to overcome the lack of fuel at the power stations in Aden by buying an ambulance shipment of diesel for power stations in the city of Aden for about one month, and another quantity for the local market through the contractor Hadhramout International Energy Limited.

The STC spokesman, Nizar Haytham, did not disclose the source of funding for this shipment, the payment of its value, and the speed of its arrival, but accused the Yemeni "legitimate" government of deliberately behind what he called "the most serious crisis that deliberately cut fuel to Aden, Lahj and Abyan. This led to a permanent power outage.