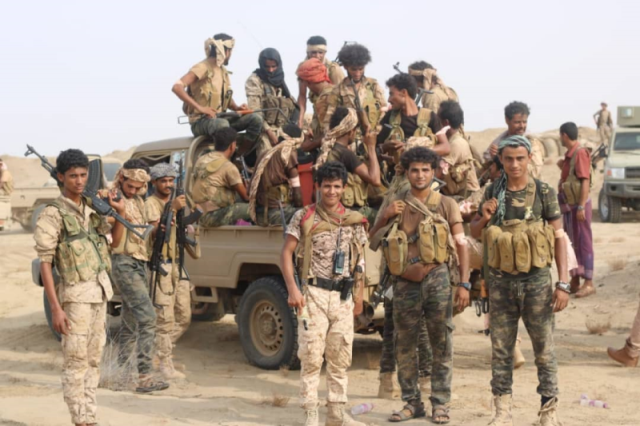 UAE military reinforcements arrived on Wednesday in the southern province of Aden, which is dominated by the UAE-backed Southern Transitional Council (STC) amid a mutual build-up between the latter and Yemen`s internationally recognized government forces in the south of the country.

A source in the local authority in the province of Aden said that about 70 Emirati tanks arrived on a ship to Aden, and were transferred to a camp belonging to the security belt.

He added that similar reinforcements of 30 tanks had earlier arrived in the city.

In this context, Yemeni military forces on Wednesday transferred heavy weapons, including tanks, Katyusha rocket launchers and artillery, to the southern city of Ataq, capital of Shabwa province, from Marib province, a military source said.

The source added that the reinforcements of the"legitimate" government forces preceded the transfer of a brigade to the city of Shakra in the Directorate of Khanfar east of the province of Abyan, amid the mass mobilization by the forces of the city of Ataq.

Earlier this week, Saudi Arabia deployed more troops in southern Yemen in an attempt to contain clashes between two parties supposedly members of the Saudi-led military coalition against the Houthis.

Two local officials said that Saudi troops and military vehicles arrived over the weekend in the capital of the oil-producing Shabwa province, where the UAE-backed STC forces are battling Suadi-backed "legitimate" government forces.

The spokesman for the Arab coalition forces to support legitimacy in Yemen, Col. Turki al-Maliki, said on Monday that Saudi forces had arrived in Shabwa "to work to reduce the escalation and ceasefire."

He added that "all the Yemeni parties have worked to meet the call for calm."

On Wednesday, UAE airstrikes targeted Yemeni official troops at fringes of Aden and in the neighboring governorate of Abyan to halt their advance towards the restoration of the temporary seat of the government seized by the UAE-backed STC.