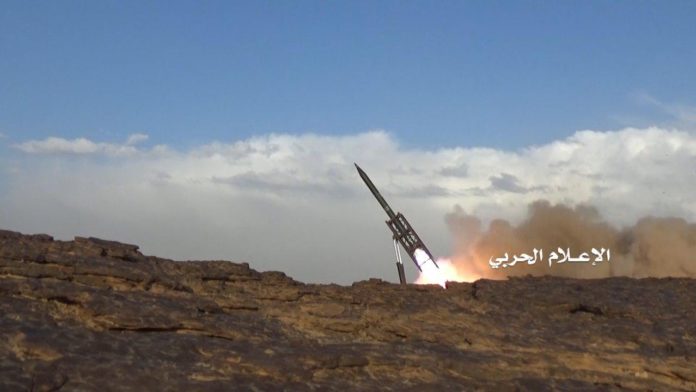 The Houthi group (Ansar Allah) said on Thursday it launched ballistic missiles and drones attacks on the airport and units of the duty force in Najran and the King Khalid airbase in Khamis Mushait in Asir, southern Saudi Arabia.

He added that the operation was carried out with a batch of Badr 1 ballistic missiles, which led to the departure  the airport from service and the rush of ambulances to the force of duty.

The military spokesman for the Houthis said that this operation comes within the framework of "legitimate" response to the crimes of US-Saudi aggression against the Yemeni people."

In a later statement, Saree said that his group had carried out several attacks on King Khalid Air Base in Khamis Mushait with a number of Qasif 2k drones.

He confirmed that the attacks targeted military targets in the base and hit the targets with high accuracy.

The spokesman of the Houthi forces threatened Saudi Arabia, to continue operations against it "as long as the aggression and siege on Yemen continues."