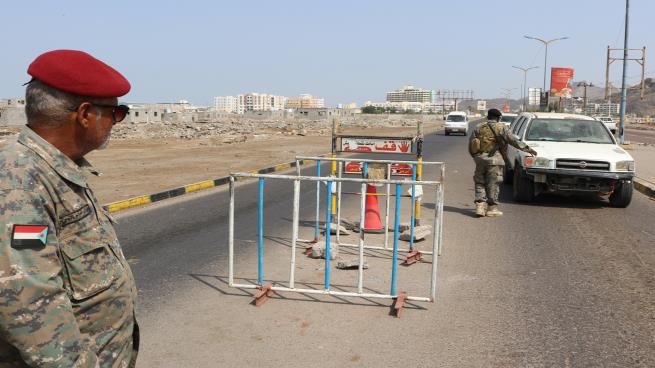 Indirect talks between the Emirati-backed Southern Transitional Council (STC)and the Yemeni internationally-recognized government in the Saudi port city of Jeddah have failed to end the crisis in the south, with both sides getting prepared to resume infighting, portending further fragmentation in the war-torn country.

Being issued Thursday, the Saudi statement came after Jeddah talks had reached a dead-end, two Yemeni officialssaid, as both sides were gathering troops to prepare for further battle.

Among causes for stalled talks are that leaders of the separatist STC rejected the inclusion of their forces under the authority of government, and disagreement over the separatists' role in the government after they asked for the vice-president position along with two major ministries, according to Reuters.

On Thursday, Saudi Arabia called on the STC, which seeks to separate and revive the former south Yemen republic, to cede control of Aden and voiced its support for President AbdRabbu Mansour Hadi's government, refusing any attempt to bring about new reality in Yemen by force or threats.

No alternative can be accepted to the "legitimate government in Yemen," the kingdom said, threatening that "any attempt to destabilize Yemen would be considered as a threat to the Saudi and regional security and stability," and it would "react decisively."

Yemen's information minister, Moammar al-Eryani, declined to give details on Jeddah talks, but said the STC's "demands mean legitimizing taking up arms against the State."

"We can't accept the existence of armed groups outside the government's authority, it is against the constitution and the law," he told Reuters.

On Friday, an STC leader said their delegation was "getting prepared to leave Jeddah, as Saudi Arabia trying to revive talks anew."

"The STC's forces have begun redeployment, planning, digging trenches and deploying fighters to suit size of the battlefronts," Ahmed al-Saleh added, according to al-Horra TV.

"Thousands of fighters from loyalist tribes have arrived in Aden, and they will be deployed into battlefronts," he said.

The UAE has deployed to fringes of Aden and Zinjobar in Abyanunprecedented military reinforcements, equipped with advanced weaponry and surveillance cameras, as Emirati apaches continually hovering, said local sources.

"The situation is headed towards war, so be ready people of the south... Talks have failed, war is declared," the STC's Security Belt forces said Friday on Twitter.

On 10 August, STC forces seized full control over Aden, seat of the official government,after 4-day fierce clashes with the official army that left 40 people killed and 260 others injured, according to UN release.

On the same day, the coalition called on the STC to pull back its forces from positions and threatened to "use military force," as Riyadh called for dialogue in Jeddah.