Houthi official calls US to talk with Saudi, UAE on Yemen war end 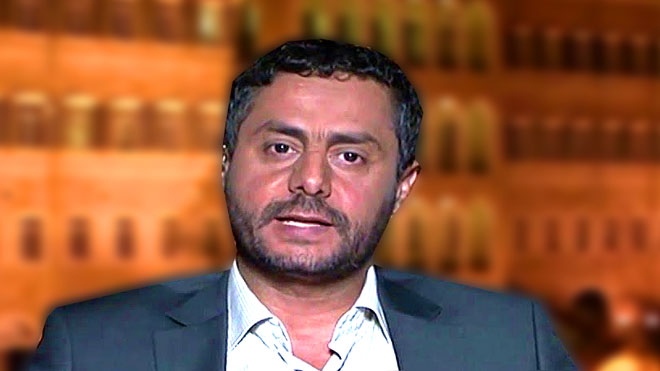 The United States has to discuss stopping the war in Yemen with Saudi and Emirati authorities, but not with Houthis, a leader in the rebel group said Friday.

If it wants Yemen's war to stop, "the US should head for Saudi Arabia and the UAE,instead of negotiating us," Mohamed al-Bokhaiti, member of the Houthi politburo, told RT channel.

Asked about Houthi potential talks with the US, he said "we have no problem to sit with the Americans as a main party in the war on Yemen."

"Countries in Europe haven't taken part in the war on Yemen," the Houthi leader said, noting that his group would welcome their role as mediators.

On Thursday, the US Department of State unveiled talks with the Houthi group in a bid to bring about a solution that would end the 4.5-year war.

The US is currently focusing on how to end Yemen's war, and has started talks as direct as possible with Houthis to find a negotiated solution accepted by parties to the conflict, said an assistant to the US Foreign Secretary for Near Eastern affairs.

"We're working with the UN envoy to Yemen, Martin Griffiths, and making contacts with our Saudi partners for this purpose," David Schenker added.

In comments on Schenker statements, Houthi negotiator said "we look at US calls with suspiciously, and doubt its seriousness and drives."

Should any dialogue be held with them, this would be based on the fact that the US is a part of the war on Yemen and has many clues to stop it, Abdul Malik al-Ajri, also member of the Houthi politburo, added in remarks to the Sana'a-based Saba.

Like Iran and Iranian-backed groups, the Houthis shouts the slogan of "death for America" and sees the US as its worst enemy.