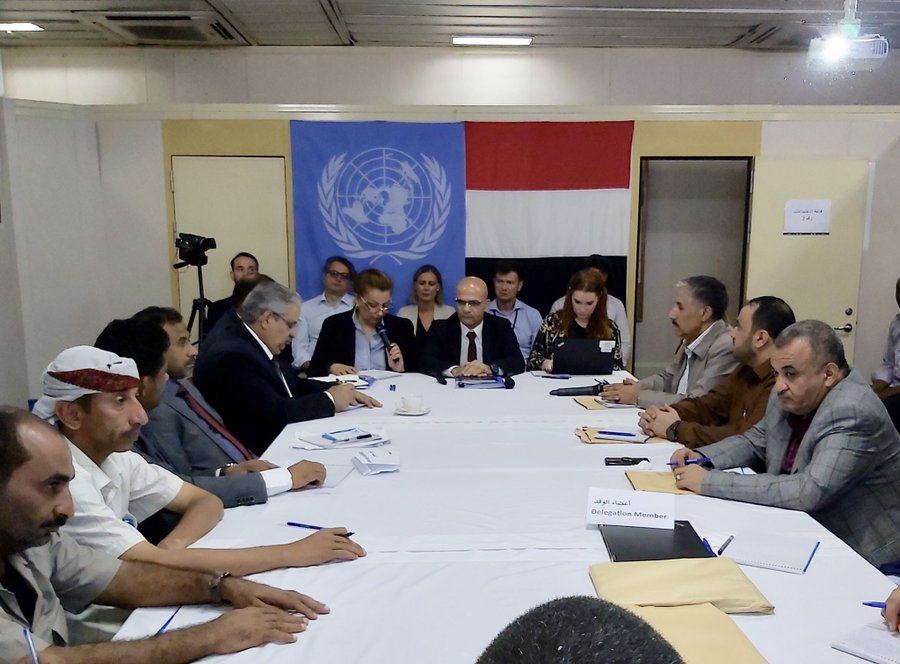 The United nations announced that the Committee for the Coordination of the Redeployment of Forces (RCC) in Hodeida  Province in western Yemen started on Sunday a meeting with the participation of representatives of both parties to the conflict, the Yemen`s  internationally recognized government of Yemen and the Houthi group (Ansar Allah).

The United Nations Department of Political Affairs and Peace building tweeted that the sixth meeting of the Redeployment Coordinating Committee (RCC) for the Implementation of the Hodeida Agreement, appointed by the UN Security Council last year, will last two days aboard the United Nations ship (Antarctic dream) off the coast of Hodeida.

The administration gave no further details about the meeting.

In the same context, an informed source told the "Debriefer" International News Agency that the meeting, which will continue on Sunday and Monday, will be chaired by Acting Chairman of the Redeployment Committee in Hodeida, Brigadier General Hani Nakhla.

The source, who spoke on condition of anonymity He ruled out that the parties reach a substantive agreement to implement the agreement between the parties to the conflict in Sweden on the city of Hodeida.

The RCC meetings will discuss the Houthi withdrawal from Salif and Ras Isa ports, demining the ports, and entrusting their security to coastguard forces, with joint teams from both sides and the UN verifying every step, according to the source.