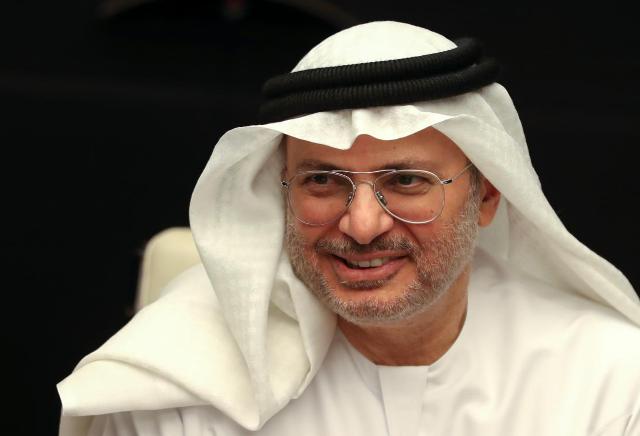 UAE Minister of State for Foreign Affairs Anwar Gargash said on Monday that the joint messages of the UAE and Saudi Arabia on developments in Yemen confirm the strategic partnership between the two countries, stressing that Saudi interests are the interests of the UAE.

Gargash tweeted: " The UAE and Saudi Arabia’s joint message on Yemen portrays a strategic and united partnership between the two states"

He added: " The interests of Saudi Arabia are the interests of the UAE. We have absolute trust in them. This partnership is “bound by goals and cemented with sacrifices."

Saudi Arabia and the UAE had hailed in a joint statement on Sunday that they support the truce in southern Yemen, after battles between the internationally-recognized Yemeni government backed by the kingdom and the UAE-backed separatist Southern Transitional Council revealed a rift between the two forces, which together lead a military alliance in support of the "legitimate" Yemeni government in its war against the Houthis (Ansar Allah).

The two countries said in a joint statement that they support "the legitimate government in its efforts to preserve the elements of the Yemeni state and defeat the Iranian project and defeat the Houthi militia and terrorist organizations in Yemen."

The two countries called on Riyadh and Abu Dhabi to "stop completely from any military movements or activities and stop the escalation of the media, which fuels sedition and fuel the dispute."