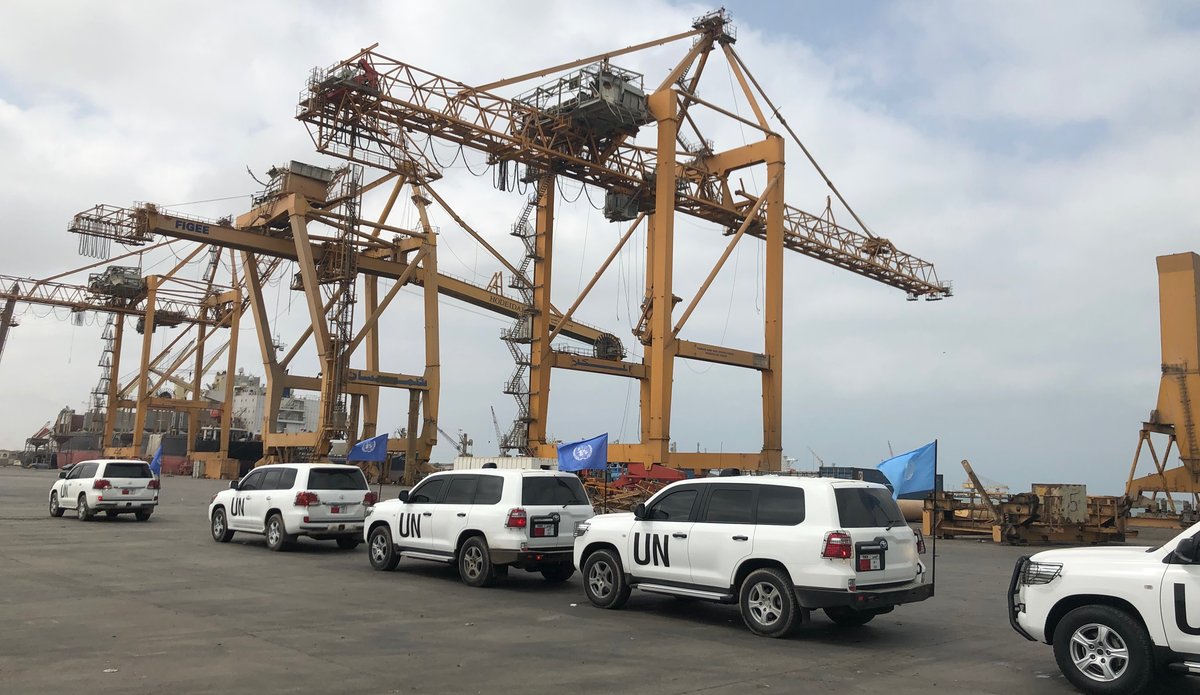 A joint operation (JO) center has been established and operated, the Hodeida Redeployment Coordination Committee (RCC) said Monday, with liaison and coordination officers from both warring parties and from the UN included in the new center.

The JO center will work – from the UN mission office – on monitoring the Hodeida ceasefire, the RCC, which has representatives of the two rivals, said in a closing declaration following their sixth meeting on a UN ship.

At their Sunday-Monday meeting chaired by acting chairman Hani Nakhla, the RCC members decided to deploy monitoring teams in four posts at Hodeida frontlines, as a first step to stabilize ceasefire and end suffering and casualties among civilians, according to the statement.

The declaration neither identified affiliation of the four teams' members nor named liaison officers of the JO center.

This is the first time, since the 4.5-year war breakout, officers from both official government and Houthi group brought together at a joint UN-sponsored work.

The RCC has activated de-escalation and truce mechanism agreed to at the RCC meeting last July, the statement read.

The formation of the JO center and the 4 monitoring teams and activation of lull plan come to affirm all parties' commitment to Hodeida deal provided for in Stockholm Agreement between two rivals.

The JO center would help curb escalation and tackle incidents in the field through direct contact with liaison officers deployed in Hodeida fronts.

At their sixth meeting, the RCC members discussed technical and practical aspects of a proposal made by the UN Envoy Martin Griffiths on the application of Hodeida deal and its stages, and they would present their feedbacks later, the statement added.

Monday declaration may be the first practical move towards fulfilling the Stockholm stalled pacts.