Yemen: Death toll of explosion of Houthi weapons store in Hodeida increased to 7 and 20 injured 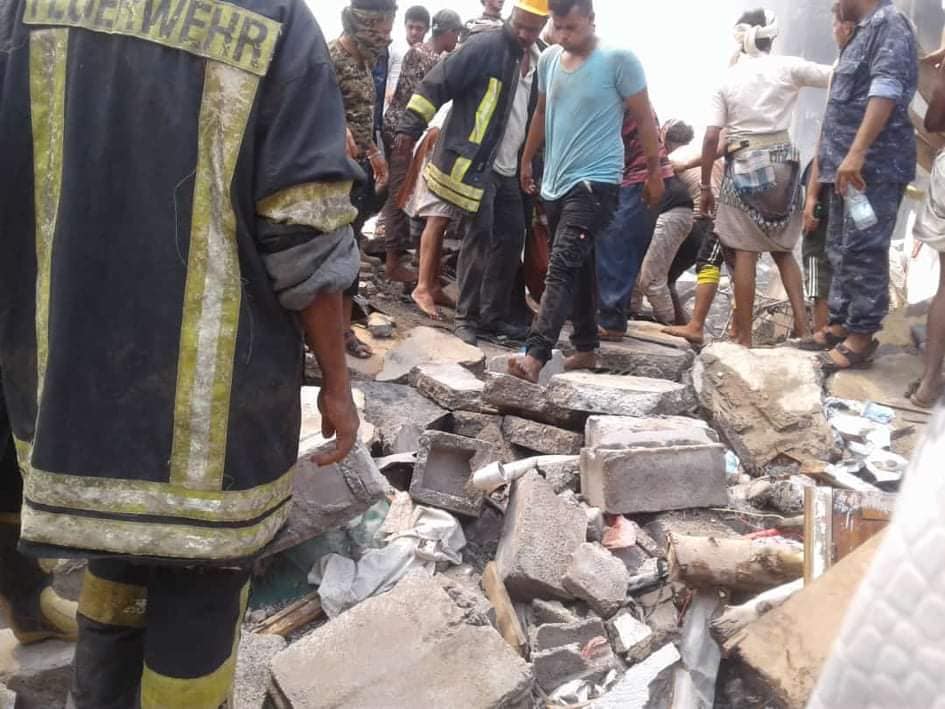 The death toll of Monday's explosion of a weapons store belonging to the Houthi group (Ansar Allah) in the western city of Hodeida has risen to 7 dead and 20 injured.

A spokesman for the joint forces leading the West Coast operations and loyal to the internationally recognized government of Yemen, Colonel Wadah al-Dobish said that seven civilians were killed and 20 wounded in a Houthi plastic factory explosion in a weapons warehouse in al-Za`afaran neighborhood, south of Hodeida.

Al-Dobish said in a statement to the "Anatolia" Turkish that the explosions lasted about two hours, and led to the demolition of some houses nearby and the displacement of dozens of families from the neighborhood to different places in the city.

The Yemeni military commander did not mention the causes of the blasts, but stressed that "the joint forces on the west coast has nothing to do with them."

On Monday, the Houthi-run al-Masirah TV quoted its reporter in Hodeida as saying that ten people had been injured by government rocket shelling on Za'afaran quarter.

The "mercenaries fired 4 Katyusha missiles at Za'afran neighborhood in Hodeida," the reporter added.

Local sources said that violent clashes with missiles and artillery erupted between the Yemeni "legitimate" government forces, and the Houthis, causing the explosion of an armory in the Za`afaran neighborhood of Jizan Street in Hodeida city, led to the volatile ammunition and shrapnel of shells and caused significant damage to the homes of citizens and property.

The sources added that the flames increased dramatically as violent explosions were heard due to the explosion of the armory.

Al-Dobaish called on the United Nations, through its office in Yemen, to "crack down on Houthi militias and disregard civilian lives by stockpiling weapons and explosives in populated neighborhoods."

This came as Coordinating Committee for the Redeployment (RCC), which formed by Security Council resolution, in the province of Hodeida conclude its sixth joint meeting to agree on the deployment of monitoring teams in four sites on the front lines in the city of Hodeida as a first step in order to stabilize the ceasefire and reduce suffering and injuries among the civilian population .

The statement of the committee, which includes representatives of both parties to the conflict (government and Houthis).

Said that it has activated the truce mechanism and strengthened the ceasefire agreed at its previous meeting last July.

The RCC meetings will discuss the Houthi withdrawal from Salif and Ras Isa ports, demining the ports, and entrusting their security to coastguard forces, with joint teams from both sides and the UN verifying every step, according to the source.