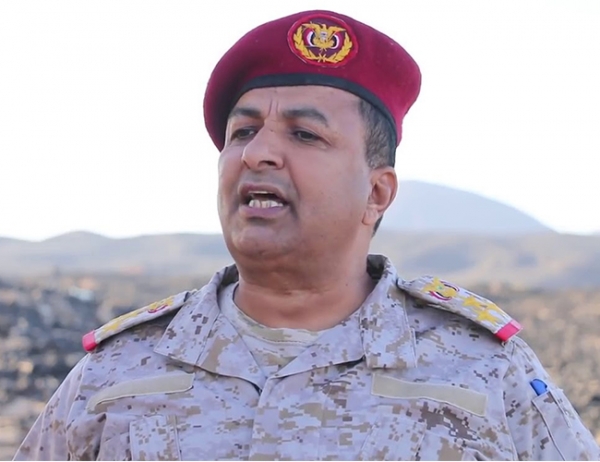 The Yemeni internationally-recognized government accused the Houthi group of militarily escalating and using de-escalation pacts as a "ladder to intensify arms smuggling."
The "current situation in Hodeida indicates an escalation by the coup militias," government army spokesman said, accusing the group of violating the truce despite the international efforts.
Houthi violations have increased recently compared to the past, Abdu Mujally told the Saudi Asharq Al-awsat. The rebels have "randomly planted mines in the port city, dag trenches, and assaulted public and private institutions."
The group has taken the de-escalation deals as a means to increase arms smuggling through the ports of Hodeida, Salif and Ras Isa, he added citing the recently intensified drone and missile attacks on Yemeni and Saudi sites.
"Sites for assembling drones have been detected in Sa'ada, Hajjah and Sana'a, on which the coup militias depend in their military operations against sites inside and outside Yemen.
"The army military intelligence has verified the Houthis' persistently bringing weapons and missiles in the few past days through the western main ports of the country," the spokesman claimed.
Mujally also accused the rebels of assembling drones in populated areas that have been "carefully selected for being close to human gatherings, and difficult to directly deal with by military operations."
Yemen has been racked by an armed conflict that broke out after the Iranian-backed Houthis had ousted the official government late in 2014.
The conflict escalated after a Saudi-led coalition intervened militarily in the country in March 2015 to reinstate the government of President Hadi, leaving tens of thousands killed, hundreds of thousands injured, and 3 million displaced.
Yemen war has triggered what the UN calls the world's worst humanitarian crisis, with most of the population in need for a type of humanitarian aid and immediate protection, including 14 million people risking famine and some 1.8 million children suffering malnutrition.