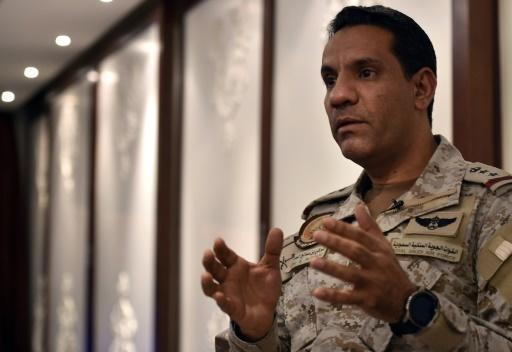 The Saudi-led Arab coalition to Support Legitimacy in Yemen, announced on Wednesday, that its air defenses intercepted and shot down a drone fired by the Houthi group (Ansar Allah) towards the Kingdom, while the latter did not announce the launch of drones since last Saturday.

The official Saudi Press Agency (SPA) tweeted citing the command of the joint forces of the coalition that was intercepted and shot down a drone (drones) launched by the so-called "Houthi terrorist militia" supported by Iran towards civilian objects in the city of Najran, southern Saudi Arabia.

The Houthis have neither confirmed nor denied the coalition announcement. This is the second time the coalition has announced the downing of a drone, while the Houthis remain silent.

A spokesman for the coalition forces, Colonel Turki al-Maliki, said in a statement late Monday that a drone was shot down in over Yemen`s Saada province, fired by the Houthis from Sana`a.

On Friday, the Houthi group said it fired a Badr-1 ballistic missile at drones locations at Najran regional airport in southern Saudi Arabia as the coalition said the missile landed in the border province of Saada.