US lawmakers demand Saudi Arabia to fulfill its obligations to Yemen 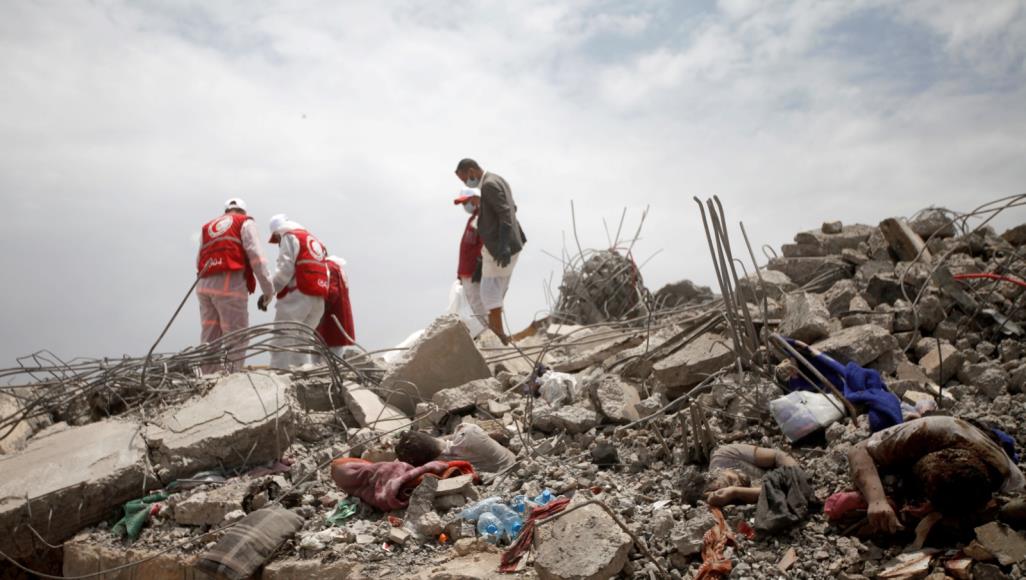 Republicans and Democrats in the US Senate have called on Saudi Arabia, which has led a military coalition in Yemen for nearly four and a half years, to fulfill its $ 750 million commitment this year to help the Yemeni people.

Reuters reported that it has seen a letter on Wednesday sent by US lawmakers to Saudi Crown Prince Mohammed bin Salman as part of their efforts to pressure the kingdom over human rights.

The letter praised Saudi Arabia's past contributions to Yemen's aid, but said the kingdom had provided only a small percentage of its current $ 750 million commitments.

It added United Nations is counting on that funding to support programs that provide vaccinations against diseases, food, fuel and medicines.

The letter warned of that "if funding does not arrive by the end of October, five million people will lose access to clean water in a country facing the largest cholera outbreak in recent history."

According to Reuters Democratic Senator Chris Murphy and Republican Senator Todd Young are among the most prominent US lawmakers to demand a strong US response to Saudi Arabia over its human rights record, particularly its role in the Yemen war.

Many members of Congress, including some of President Donald Trump's fellow Republicans, have criticized Trump's close ties to Saudi Arabia and have supported several attempts that have so far failed to prevent him from selling arms to the kingdom without congressional approval or support for the Saudi and UAE air campaign in Yemen.

Yemen Witness for the fifth year, a bloody conflict for power between the Yemen's  internationally recognized "legitimate" government backed by a Saudi-led Arab-military coalition and the Iranian-backed Houthis (Ansar Allah).

On 12 August, 22 life-saving programs could stop in Yemen during the next two months unless receive the needed funding pledged by donor countries, the United Nations warned Wednesday.

Last February, donors pledged US$ 2.6 billion to meet urgent needs for more than 20 million people in Yemen, but less of the figure has been received so far, according to a release issued Wednesday by the UN.

Last February, donors pledged US$ 2.6 billion to meet urgent needs for more than 20 million people in Yemen, but less of the figure has been received so far, according to a release issued Wednesday by the UN.

The UN is in urgent need for the funds pledged, the UN Humanitarian Coordinator Lise Grande said in a release obtained by Debriefer. "People die when these funds don't come."

Only three out of 34 UN key humanitarian programs in Yemen have been funded for the whole year, and 22 life-saving programs will be closed in the next two months unless receives needed funding, the release read.

Many of these programs have been forced to close in the last week and several large projects - designed to help poor and hungry - have not been able to start work, the UN added.

In May, the UN was forced to suspend most of vaccination campaigns meant for 13 million people. Medicine purchases have been stopped, and thousands of health workers have no longer received funding, according to the release.

Plans to build 30 new centers for urgent nutrition have been suspended, 14 safe houses and 4 psychiatry facilities for women have been closed, and the plant of processing water used to irrigate farms was closed in June.

If funds pledged at the pledging conference are not received in the coming weeks, food rations for 12 million people will be reduced, and life-saving services for 2.5 million malnourished children will be cut.

Millions of people in Yemen, victimized by this conflict for no sin, "depend on us to keep alive .. and it's heartbreaking .. to tell them we've no funds to assist you," Grande said.

Last month, the UN Humanitarian Chief Mark Lowcock criticized Saudi Arabia and Emirates for providing a low portion of the US$ 750 million pledged by each.